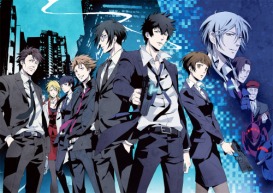 Produced by Production I.G, Psycho Pass is a anime which run between Oct. 2012 and March 2013 for the first season (which count 22 episodes) and Oct. 2014 and Dec 2014 for the second season (which count 11 episodes). There is also a movie release in 2015. The anime series fell the in Dystopia, Crime Fiction andCyber Punk genre, but you could also add Thriller to that.

Psycho Pass is my favorite anime to date, I got hooked at the first episode, therefore I might be biased when I say it’s the best anime I watch so far.

Justice, and the enforcement of it, has changed. In the 22nd century, Japan enforces the Sibyl System, an objective means of determining the threat level of each citizen by examining their mental state for signs of criminal intent, known as their Psycho-Pass. Inspectors uphold the law by subjugating, often with lethal force, anyone harboring the slightest ill-will; alongside them are Enforcers, jaded Inspectors that have become latent criminals, granted relative freedom in exchange for carrying out the Inspectors’ dirty work.

Into this world steps Akane Tsunemori, a young woman with an honest desire to uphold justice. However, as she works alongside veteran Enforcer Shinya Kogami, she soon learns that the Sibyl System’s judgments are not as perfect as her fellow Inspectors assume. With everything she has known turned on its head, Akane wrestles with the question of what justice truly is, and whether it can be upheld through the use of a system that may already be corrupt. 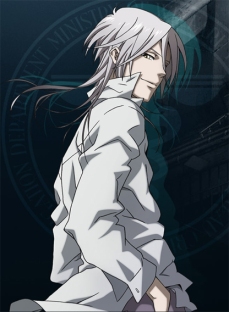 of the few, in my opinion, where we have a main antagonist with who you can sympathize. This is one of the several reason why I loved the series. Shougo Makishima is highly intelligent and really charismatic. In the series the criminologist Jouji Saiga define charisma in three points:

The nature of a hero or prophet, the ability to simply make you feel good when you’re around them, and the intelligence to eloquently talk about all sorts of things.

Makishima have all of them. He know how to surround himself with useful people, people who will help him to show the world the truth face of the Sibly System. He give them the tools to do it and watch what happen until a certain point where he doesn’t really have the choice to step in.

I would really like to say the same thing about the antagonist of the second season, but even if Kirito Kamui know how to rally people to his cause, he doesn’t have the same impact as Makishima does. 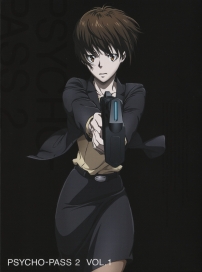 On the other side, we have Akane Tsunemori who despite the fact she think Sibyl shouldn’t exist, she also know that if it disappear the world will fall into the chaos. She said more than once that she trust the System, cause she knows that no matter what, even if the Sibly doesn’t do the think like it should be done, Sibly will manage to update her ( or his) way to judge the people. But we can probably agree on the fact that Akane would rather see the people (criminal) being judge by their pear according to the law, instead that by some weird oracle control by “people” who can’t get judge by the said system. She believe more in the law than in the Sibyl System

The law doesn’t protect people. People protect the law. People have always detested evil and sought out a righteous way of living. Their feelings, the accumulation of those people’s feelings are the law. They’re neither the provisions, nor the system. They’re the fragile and irreplaceable feelings that everyone carries in their hearts. -Akane Tsunemori

I could also talk about the other character, cause one other thing I like from Psycho Pass was the character development. Most of them change along the story, having a different state of mind from the beginning. It’s even more noticeable for some in the second season, even if I will not really recommend to watch it.

Don’t get me wrong, I kinda enjoy the second season, I like the plot, there was some many annoying thing with it that you can just pass over it and watch the movie.In fact the second season is just a big filler.

Not only the series have great character ( even the supporting character are great !)  the background music is awesome, can get tired of it, mostly the “Dominator” theme which is compose by Yugo Kanno

On top of that ALL the opening and ending are just really pleasure for the ears.

Out of Control – Nothing’s Carve in the Stone

Who What Who What – Ling Tosite Sigure

All Alone with You – Egoist

Namae no Nai Kaibutsu (Monster Without a Name) – Egoist

If you ask me if yo should watch Psycho Pass, I will definitely say yes, but only for the first season. As I said it, the second season is just a big filler and even if the main story line plot is good, the side plot is just plain cliché. Plus the second antagonist beside Kamui, Sakuya Togane, is the anime character I hate the most. the reason why I enjoy the second season is cause of the main story line. I liked the idea of Sibyl not being able to judge someone cause he or she had to many graft but it’s pretty much the only think I like beside the opening and ending of course . (don’t judge me, T.K voice = eargasm)

If you decide to watch Psycho Pass, let me know in the comment below what you think of it.