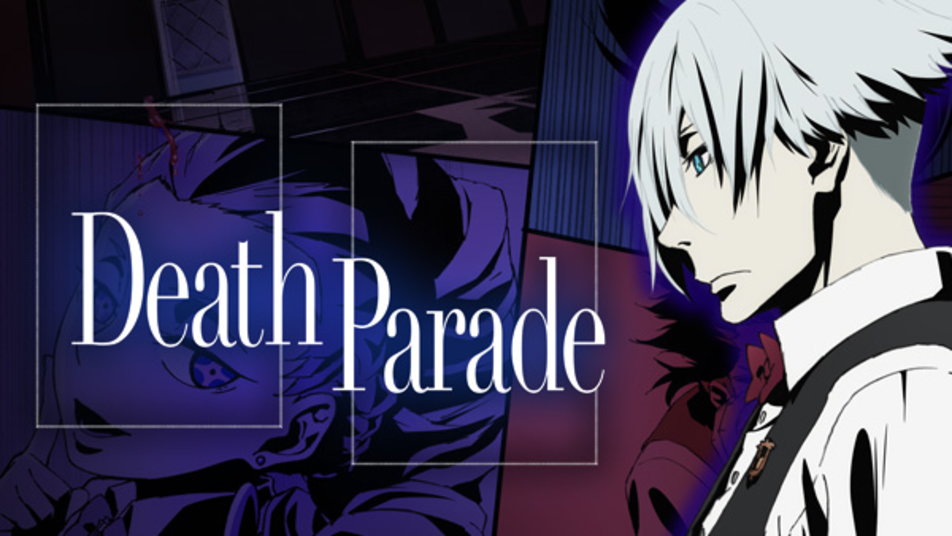 Death Parade is an anime series of twelve episode produced by Madhouse and originally aired between January 2015 and April 2015.

After death, there is no heaven or hell, only a bar that stands between reincarnation and oblivion. There the attendant will, one after another, challenge pairs of the recently deceased to a random game in which their fate of either ascending into reincarnation or falling into the void will be wagered. Whether it’s bowling, darts, air hockey, or anything in between, each person’s true nature will be revealed in a ghastly parade of death and memories, dancing to the whims of the bar’s master. Welcome to Quindecim, where Decim, arbiter of the afterlife, awaits!

A lot of the anime I watched, I came across them on Tumblr and Death Parade is one of them. It’s such an original and twisted concept. It really play on your sense of moral.

Must say what I liked the most from this anime are the different game. My favorite is most probably  the deadly Twister. At first it look like the common Twister game but after a moment, each circle of color is attributed to natural element (Ice, Fire) and when the game is close to end, the white part disappear, leaving only circle pillar. This game is chosen by Ginti, the arbiter of the Viginti. With all those unfortunate people coming to get judge, there is also a side story when Decim the arbiter of the Quindecim, start to wondering is the way he use to

judge the death is the right one. He start to think that he might miss some information (like human feeling) for judging the death. Ginti on the other hand, he just do his job without thinking any further and when he have free time he goes pick on Decim. I let you guess the character I like the most.

I really enjoyed this anime and would recommend it to anyone. Madhouse did a great job on the animation and character design, plus the opening is awesome, this song is a real jam.