I think it’s safe to say Drifters is the complete opposite of Nanbaka in term of visual. While the later have bright and vivid color, Drifters is really dark and bloody. Three word to remember about this new series: Action, Blood and Fantasy.

Shimazu Toyohisa, whilst involved at the Battle of Sekigahara, manages to mortally wound Ii Naomasa, but is critically wounded in the process. As he walks from the field broken and bleeding, Toyohisa finds himself transported to a corridor of doors, where a bespectacled man at a desk waits for him. This man, Murasaki, sends Toyohisa into the nearest door where he wakes up in another world. There, Toyohisa meets other great warriors like him who have been transported as well, to be part of a group known as “Drifters.” 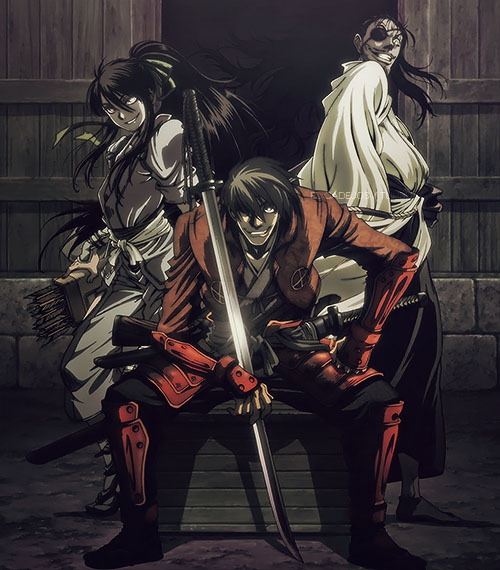 After watching the first episode,  I wasn’t really sure about the series, yes it seems interesting, but maybe not enough for me to closely watch it. But since it was only an episode, I decide to watch the second one before making up my idea about it and I really don’t regret it, this second episode made me really interested.  Still getting used to the artwork, the character have an interesting design. I like the concept of taking a bunch of historical figure, put them in an anime and making fight alongside or against each other.

Not gonna lie, one of the main reason why I decide to continue watching it, it’s cause they talk about elves, hobbit and dwarves, being a Tolkien Universe fan I couldn’t pass beside it. Okay so far we seen elves an those seems pretty weak compare to the human but it’s okay each story need weakling.

There is a comedic side to it, it’s not only blood ans fight, all those gloomy dark scene need to have their lighter counterpart.

I seriously can’t wait what is gonna happen in the next episode, totally looking forward to it. 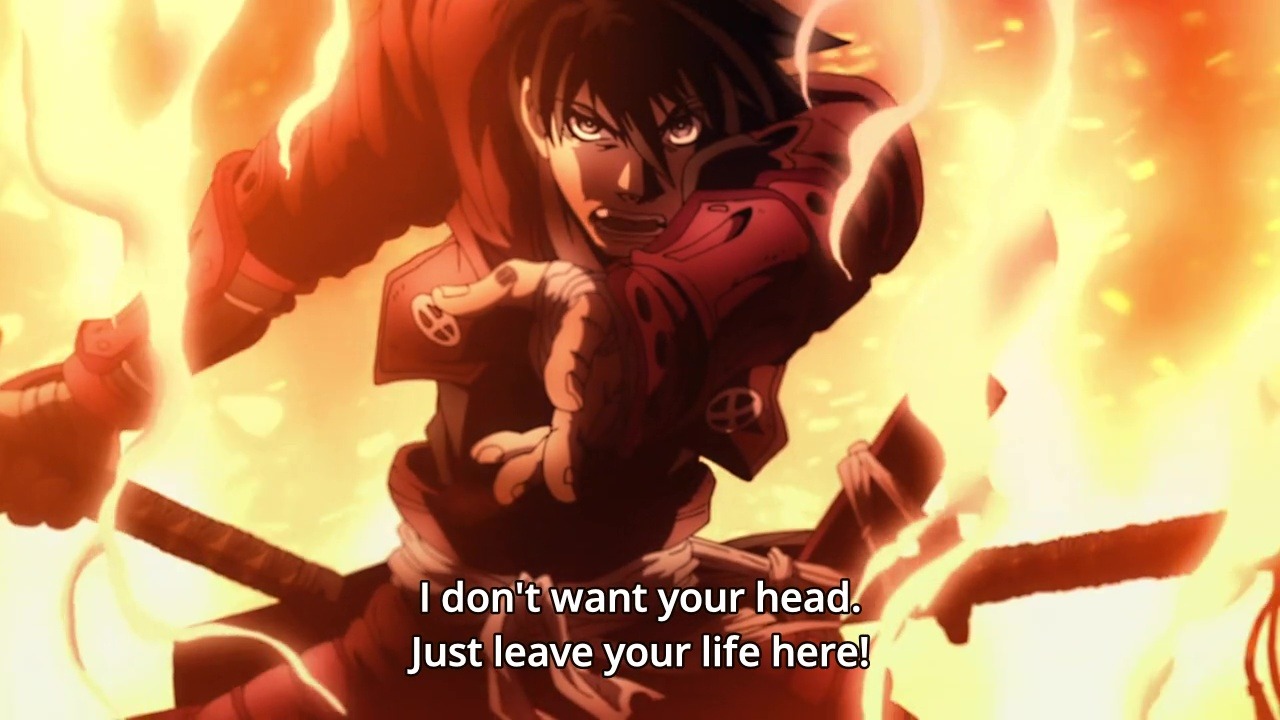