Anime vs Manga: The Difference in the Version For reason that I still don’t get, it’s seems to have a big debate between which is the best of the two medium. This post will not talk about it, but it’s more to talk about the difference there is between story, shown in manga and anime.  I’ll not bring the whole Fullmetal Alchemist story since there is an under version, Brotherhood, that cover the manga pretty well.  Of course this post will contain spoiler, it would be impossible to talk about the difference between a manga and an anime series without spoiling anything. In this post I’ll cover four series: Fruits Basket, Cardcaptor Sakura, Gunslinger Girl and Black Cat. If you didn’t watch and/or read any of those series and you don’t want any spoiler, I’ll suggest you to not continue reading. For the other, click and enjoy your reading. 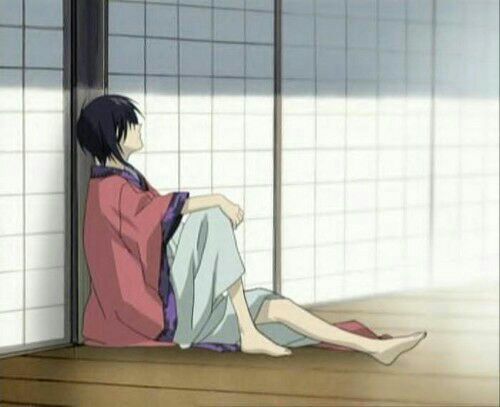 The first series I want to talk about is Fruits Basket. I must admit I didn’t watch the anime, yet, but I know there is major difference between the manga and the anime. The one that annoyed me the most is the fact they change the gender of Akito Sohma, the head of the Sohma family. I know the anime series ends while the manga was still published, but changing the gender of a character, is a bit too much for me. They could hide it like they do in the manga, cause yes during most of the manga, people thing Akito is a male, it’s just toward the end we learn it’s in fact a woman.

To me it look like the one who wrote the anime series never talk to Takaya Natsuki, the mangaka. I do understand they want to hide that fact and not spoil the manga, but I’m pretty sure they could have found a way to not change Akito gender without spoiling anything. The anime series run from July 2001 to December 2001. It was produced around three years after the publishing of the first chapter. Okay, you want to make money, but if you realize you don’t have enough information about the character and the story, you could have wait before making the anime series,  if you have to make two season, produced two, it would

have been still better than modifying an important character gender. Another difference is the fact they don’t talk about Rin and Kureno, the Horse and the Rooster. There is twelve zodiac sign, thirteen if we count the cat, but we only hear about ten in an anime focus on a legend of the Chinese zodiac, * slow clap* . Cause of those difference, I really don’t feel like watching the anime. I want Shigure darker side too, I want that whole twisted relationship between Shigure, Akito, Ren (Akito’s mother) and Kureno. That whole plot twist of Akito being a woman, explain the attitude she have toward Tohru. That’s what happen when you tried to make money, without having all the information in hand. Cardcaptor Sakura doesn’t have big character change, in fact there is none, even the story is pretty much the same. Yes there is some card messing, but it’s doesn’t bother me. To tell the truth the difference between the manga and the anime is not an important one. It doesn’t remove or bring anything to the story, guess it’s just the shounen-ai fan in me who is disappointed by the change they made. They really tone down the relationship between Toya and Yuki. While in the manga there are clearly in love we each other ( okay there is no verbal confession), in the anime there are just really good friend.

Gunslinger Girls, the first season is really good, it follow the series, maybe there is some minor difference, but not enough to make a post about it. Where the thing get screwed, it’s during the second season. At the end of the first season, the general feeling is, Angelica gonna died for sure it can’t happen anything else. But nope, in the second season the surprisingly  get better. I know what I will say is bad, but Angelica needed to died in order to fully explain the effect of the conditioning of the cyborg. Their life span is already limited and more there are conditioned, more their life get shorter. People who only watched the anime will never see that other side of the story. I watched the second season cause I like the anime series, but there is so many disappointing thing about it that I almost regret watching it.

Last but not least, Black Cat. I read the series, but I didn’t watch the anime, I stopped when I knew Baldor, Kranz and Mason become traitor in the anime. Having the Apostle of the Star as only villain was enough, there is no need to have more. And it’s not because you have a little girl called Eve that you need an Adam, just missing Lilith and we have a prefect trio. I know there is more, but this is what annoyed me the most, probably cause I really liked Baldor, yes he is an asshole, but he is a badass asshole.

What a beautiful rant I just made, but ranting feel good once in a while. I’m pretty sure there is more anime vs manga series difference, like missing arc and filler so if you have any that bother you let free to let me know in the comment below.

11 thoughts on “Anime vs Manga: The Difference in the Version”