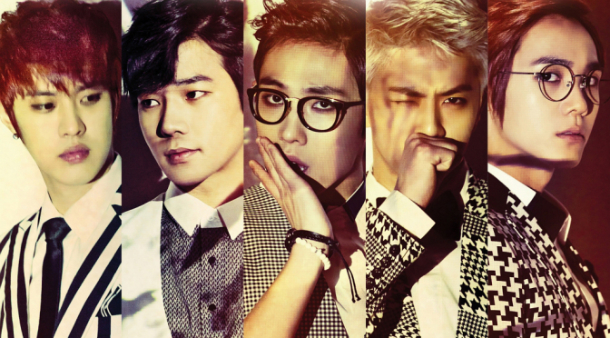 “Music Boys in Absolute Quality” Hahahaha and you though TVXQ name was weird. Even their fan the A+ (don’t question the fan club name they are sometime more odd than the group name) find it weird that why the group is always referred as MBLAQ.

They were five they are now three (yes it’s a common trend in kpop seeing a group split) Do I miss the member that left? For variety purpose yes, Joon and Thunder were funny that why I will probably watch “MBLAQ Sesame Player” soon (if I can find it of course)

The group is not sign under a big agency like TVXQ and some other group we will see later,and doesn’t have a big Japanese discography, they released only three single, but they still made an anime opening.

MLBAQ is the group signing the 5th opening of Beelzebub, Baby U

As I said, the group doesn’t have an impressive Japanese discography, they released only three Japanese single. Beside Baby U, they release Your Luv in 2011 and the Japanese version of Mona Lisa in 2013.

I really try to keep the list as short as possible by giving you only my top favorite song from the group, but I could have add more, like Y, Cry and Smokey Girl. It’s really a shame the agency doesn’t care about them more.

2 thoughts on “Kpop in Anime: MBLAQ”