Teppei Kiyoshi is a fictional character of the anime and manga series Kuroko no Basuke. He is a third year of Seirin High and the previous ace of the team. If there is a basket ball team at Seirin it’s because of him. He is the tallest member of the team, play center and wear the number 7.

The first time we meet Teppei that is toward the end of the first season, he is release of the hospital and coming back to the school. This happen after their elimination from the Inter-High and when Kagami and Kuroko have some kind of argument and doesn’t talk to each other. He gave some nice word to Kuroko and challenge Kagami in order to see who will be the ace of Seirin

The reason why I like Kyoshi is because he is one of the best senpai the first year can have. He is always there to help them, to put them back on the right track. While the captain, Hyuuga, can be really scary and the vice-captain , Izuki, pass more time trying to find more pun than to look after his kouhai, Kiyoshi will always look have the younger member of the team.

I like to refer to him as air-head senpai, simply cause he is quite laid-back outside to court, but soon as he start playing you see why he is one of the Uncrowned King and why he was the ace of Seirin. He care a lot about his teammates and he is ready to take all the hit for them like during the match against Kirisaki Daichi. 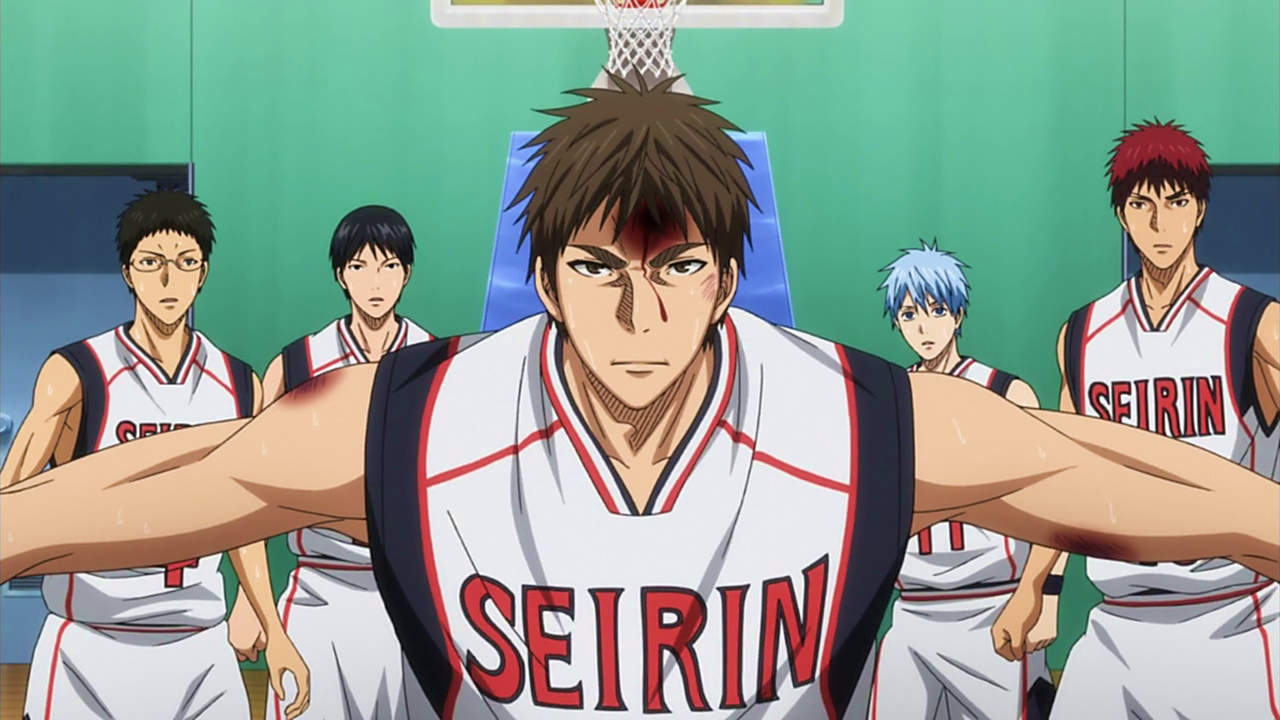