Saga of Tanya the Evil

On the front lines of the war, there is a little girl. Blond hair, blue eyes, and porcelain white skin, she commands her squad with lisping voice. Her name is Tanya Degurechaff. But in reality, she is one of Japan’s most elite salarymen, reborn as a little girl after angering a mysterious being who calls himself God. This little girl, who prioritizes efficiency and her own career over anything else, will become the most dangerous being amongst the sorcerers of the imperial army.

It is June of the year CE 1923. A young girl with blond hair and blue eyes, Tanya Degurechaff, has entered the final curriculum of the Imperial Military Academy and is training at the third patrol line in the northern military district, the Norden Theater, as part of her service to the force. Her training, the first step toward a brilliant career as an aviation mage, should have gone off without a hitch… but things took an unexpected turn

Ah Tanya dear little Tanya why are you so Evil. How a little 10 years old girl can be so evil? Not only she is the definition of Evil, even the devil is scare of her, but she is also atheist, her former self, a businessman who got killed push in front of a train, never believe in God. To him/her God doesn’t exist, thus the name Being X.

Tanya is an interesting twisted character, she is the reincarnation of an insensitive businessman from the 21st Century, the guy was probably quite knowledgeable in various field. Once reincarnated, in the body of a little girl, he didn’t lose that knowledge, he remember everything he learn, about History and war, thus he can apply what he knows in his current life. That being said Tanya is probably the only interesting character, with Erich von Rerugen (the cute four-eyes military guy). Like most of the high raking officer, Erich know Tanya potential, but he is not always ready to close his eyes on her brutal way to lead her troops. 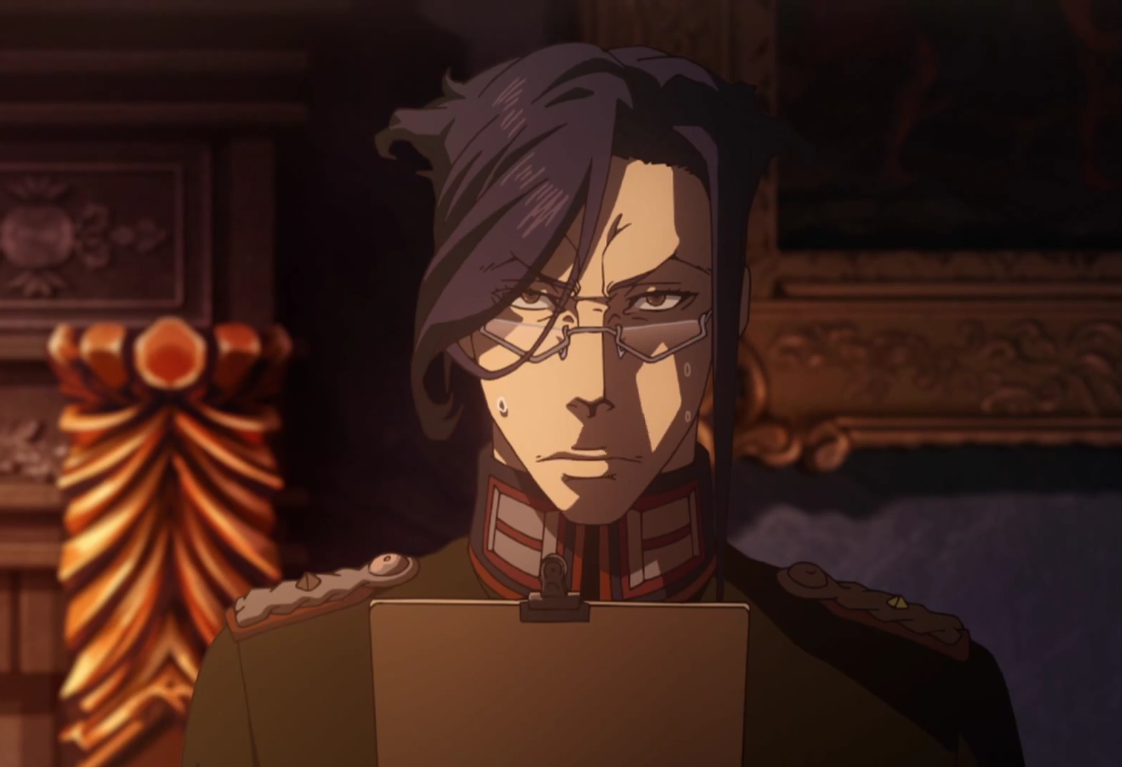 I must admit, while I like the part of the series (episode 1 to 5, 6 being a recap episode), I really start to enjoy the series more at the 7th episode. Starting from there, we could see the parallel they did with the WWII and the military, operation aspect. In the 7th episode they presented their own version of the Operation Overlord and in 9th episode they have their very own V-1 Rocket, for those who was no clue what I’m talking about, V-1 Rocket ,or the V-1 flying bomb, were used by the German military, they were launch in 1944 to destroy London, but unlike the Imperial Army Rocket, the German one didn’t gave a ride to a battalion of mage.

That’s the main reason why I enjoyed the series, because starting from episode 7, the History nerd in me could do the parallel between when was happening in the series and real event.

Even if I quite enjoyed the series, I’m the ready to say in was the best of the Winter season 2017. It have good elements, like all the historical aspect, but lack of other like the character. I said it Tanya is an interesting character, but I would have like to know more about the rest of her troop. Nothing was announced yet, but with the way the series end, I’m fairly sure a 2nd season will eventually air.

Saga of Tanya the Evil, is the type of series you either enjoy or discard, it’s not make for everyone. While the artwork is not as pretty was other series, it have a nice animation, the air battle was well executed, and a nice OST.

2 thoughts on “Saga of Tanya the Evil”