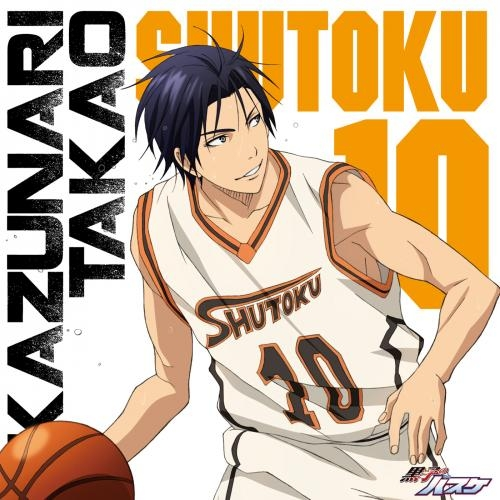 Kuroko no Basuke is back this week with an other character song, this time I present you “F.O.V” (Field of View) on of the Takao character song. You have no idea how much I enjoy that song. Not only I love Takao as character, but I like all his character song, the fact his is voiced by Tatsuhisa Suzuki, Oldcodex singer, have probably something to do with it.

“F.O.V” is a rock song that could probably for an Oldcodex, it open with the bass guitar soon as Takao start singing, the drum is added. I really like how the song melody was arranged it really fit the meaning of the song that I will talk about a bit later in this post. The verse give a provocative vibe and then the pre-chorus slowly build up in intensity to let place to the chorus.I like how the song end the way the track begin.

Now for the lyrical part of the song, this song is directly directed to Kuroko. With his lack of present, people then to forgot Kuroko when he is on the court, but Takao is quite observant and with his Hawk Eyes ability, he can see the full basketball court, thus Kuroko can’t be invisible to Takao, this is also the reason why Takao marked Kuroko during the game.