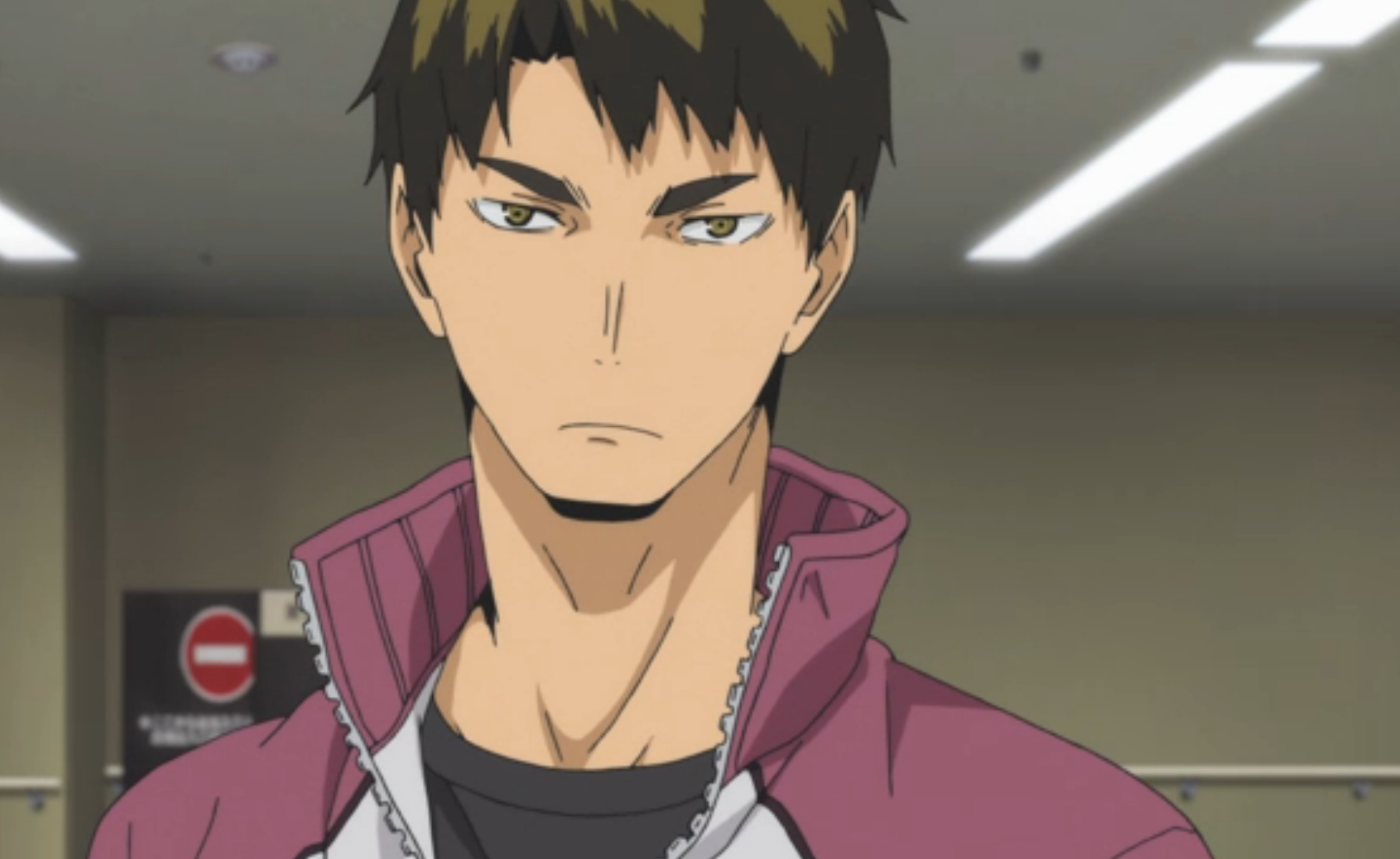 Ushijima Wakatoshi is a fictional character of the anime and manga series Haikyuu!!. He is the captain and ace of Shiratoriazawa Academy. He filled the position of wing spiker and wear the jersey number 1

I must say the first time I saw Ushijima, I wanted to punch him in the wall, but thanks to the mere-exposure effect, after seeing more fanart than I needed to, I came to like the guy.

Ushijima is powerful and he know it, he is the number one ace in the Miyagi prefecture, his spike are so powerful it can break finger (ask Tsukishima about it). For a demonstration of power just before the game start in spike a ball powerful enough to reach the high of the crowd seat.

Wakatoshi can be really intimidating, but despite that he make me laugh with his stoic attitude, the guy is way to serious for his own good. He is the type of guy you have to explain joke and even there he might not understand them. .

One thought on “Anime Crush: Ushijima Wakatoshi” Leave a comment ›