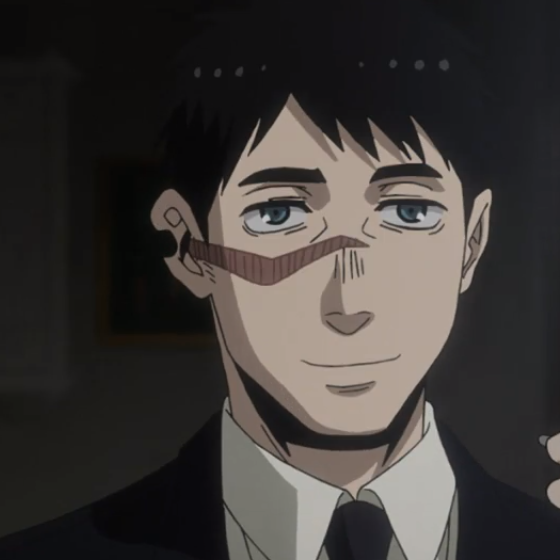 Even if he only have a supporting role in Gangsta., Marco still have some importance. Prior the event of the main series, Marco, who was know as Spas, was part of the Destroyer a squad of “Super-normal” who were hunting the Twilight. However , due to some event ( that we will slowly discover in Cursed) Marco left the Destroyer and got welcomed by the Cristiano family.

When I start reading the series, I enjoyed the part with Marco but I came to like him more, later in the series. It’s almost ironic to think that he is part of the mafia Family that protect the most the Twilight, while he was part of a group that only job was to kill the same Twilight. Marco know his past will always followed him, but he is still the second-in-command of the family, that why we see him during the meeting of the four families.

Despite his past, people trust him, he form a great team with Galahad, he know the big guy will always be there to cover his back when he need too

Marco really care about his new family, he join the family before the birth of Loretta, he saw the young girl growing up and was by her side when her father die and her she took the head of the family. He also care a lot about Connie, Constance Raveau, the two are engage, but due to Marco work they doesn’t see each other often. By fear she can become a target, Marco keep the ring she gave him on a chain that he hide under his shirt. Marco Adriano is one of these supporting character, whom totally deserve their own story.