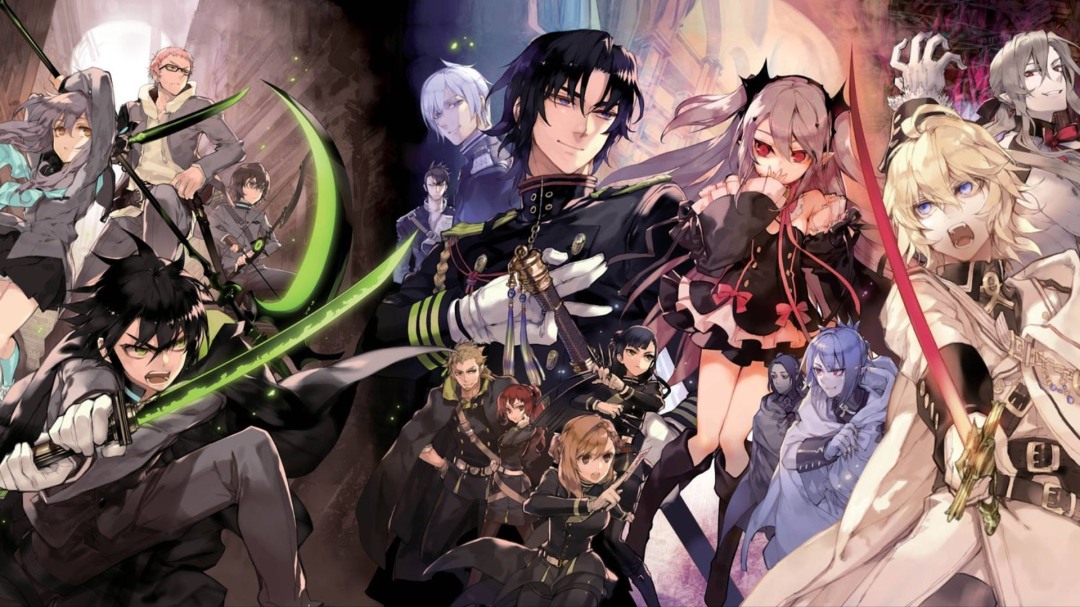 In the last chapters, Guren, his squad, Shinoa and her squad helped by Mikaela and Crowley, were fighting the 5th Progenitor, Ky Luc, I have to say I panick a little bit seeing what happened to Crowley.

The group is still fighting against the 5th Progenitor, Yuu control by the Seraph within him actually almost killed Ky but the hit wasn’t deep enough, the fight end when Crowley throw a sword at Ferid who is now free with a protection against the sun, thus he doesn’t burn anymore. After a little chitchat, Ky get away with Krul whom is still burning on the wooded cross.

I really enjoyed his chapters, even if I was sure that fight would last longer than that, but considering the fact the mangaka his taking a month break to work on the cover of the volume 15 of the series, I can understand why, at least it doesn’t end on a cliffhanger. I wouldn’t have be able to wait until November to get the next chapter if the present one was ending with a cliffhanger. I kind of like the 5th Progenitor, somehow he reminds me of Ferid and Crowley. He seems to talk like Ferid but enjoy fighting like Crowley. Talking about the tall muscular vampire, I was really happy with I saw he was okay. If you read the post on the chapters 60, you already know I was really worried about what will happen to him, since Ky Luc chop his head off. Something else made me happy in that chapters, is the present of Ferid, he is climbing up in my favorite character list. The best part of the chapter is probably seeing Ferid bottom half walking around…without the top part, don’t ask it’s a vampire thing, or maybe more a Ferid thing. We also learn a bit more about Ferid’s goal at the end of the chapter. I have the feeling the 7th Progenitor always knew Shigama Doji, the 1st Progenitor, was controlling the head of the Hiiragi’s clan.