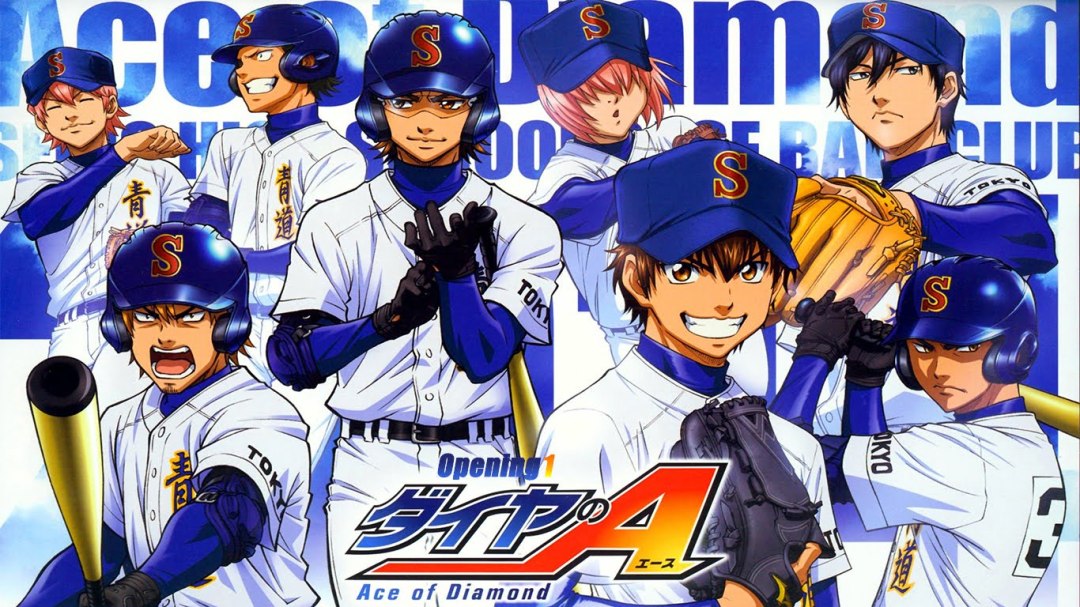 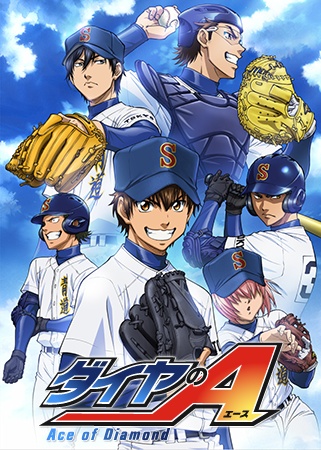 With a stray pitch that completely missed the batter, Eijun Sawamura loses his final middle school baseball game. Frustrated by this defeat, Eijun and his teammates vow to reach the national tournament once they are in high school. But everything changes when a scout unexpectedly invites him to Tokyo’s prestigious Seidou High School after seeing the potential in his unusual pitching style. Encouraged by his teammates, Eijun accepts the offer, ready to improve his skills and play at a much more competitive level of baseball.

However, now surrounded by a large number of skilled players, Eijun struggles to find his place on the team. He declares that he will one day become the team’s ace, but that’s only if fellow first year Satoru Furuya doesn’t take the title first, with his breakneck fastballs that earn him a coveted spot on the starting roster. With the addition of these talented new players to an already powerful lineup, the Seidou baseball team aims to become the best in Japan, facing off against a number of formidable foes that stand in their way.-MAL

For those who stumbled across my post by mistake but for some obscure reason decide to stay and read it (thank you yes you reader) you have to know that I love sport anime. I don’t care if most of them look the same, I still enjoy them. So far I have watched Kuroko no Basuke, Haikyuu!!, Free!, Dive!!, Prince of Tennis and of course Yuri!!! on Ice. However despite my interest into the genre I wasn’t in a hurry to watch Ace of Diamond, it was on my watch list, but it wasn’t one of my priority.

One of the reason my I was pushing the moment I will watch the series back, was the number of episode of the first season, 75, it a lot of episodes and I wasn’t sure if I was ready to tackle this. When I watch series that have already aired, I tend to binge-watch, I watch a lot episode in a row and forgot about everything else, however I can’t to do, at least not right now since I still have a blog to run and other anime series to watch.

The other reason why I wasn’t fully ready to watch a series base on Baseball, not because I don’t like the sport in fact it’s the total opposite, baseball is a sport I love even if I never play it. The neighbors city of where I live use to have a professional baseball team the Expos. It was my favorite team and I always enjoyed going to see them. However for various reason the team have to move (will not talk about that, I don’t want that post turning into a rant post) and they are now known as the National of Washington. They moved about 13 years ago and I still miss them. I still miss seeing the news about them, the result of their match. Toward their end, the Expos wasn’t one of the best team, but it was my team, therefore I always become a little bit nostalgic when I see thing related to baseball. So when I came across this series for the first time, I was kind of afraid I will get sentimental watching it. I did feel nostalgic when I watched the first episode. Hearing term that I know, see thing that I saw live sitting on an uncomfortable plastic chair of a stadium. I could almost hear the crowd cheering on the team. I did feel nostalgic watching the few episodes I watched so far but it was a… good nostalgia and since I know I might never get back my beloved team I figured I should just watch this series. Plus a lot of people around me already watched it (read twitter folks here) and I read a lot of good thing about, that’s why I put my nostalgia aside and decide to finally watch it.

And you know what I really don’t regret it, at least not for now and I doubt I will regret it in the future. It’s been awhile since I really enjoyed the first episode of a series as much as I enjoyed the first episode of Ace of Diamond. I don’t know if it’s because of my love for the sport but I love everything that I saw. I like how the introduce us to the main character Sawamura Eijun, they set right away which kind of character he is, straightforward, passionate about the sport he practice. He is portrait as a good captain who care about his team, who put his team before, it’s not about “I”, it about “We” he was ready to spit on a proposition of one of the top school to stay with his teammates, with his friend. This attitude of him followed him to Seido, a baseball high school powerhouse.

I also like the fact that even if he is good and talented, the show still present him as a rough diamond. His surrounding, the people around him see his potential he just have to develop it. But of course thing can be easy and I also like that part. Even if he was scouted to get to Seido he is not treated differently. I remember a certain sport anime I watched…I think it was about basketball…anyway the five most talented players were scouted by renown high school and once they got there they almost had a king treatment. Eijun didn’t had that, he had to prove himself and make his place.

I like the dynamic between the character and the way they were introduce, the rivalries between the different school years.

I really feel Ace of Diamond will become one of my favorite sport anime, plus the series is produced by the sport anime studio guru Production I.G…you can’t go wrong plus they team up with Madhouse

5 thoughts on “[First Impression] Ace of Diamond and Nostalgic Mel”