After a lot of reflexion, I decide to take a two years break from the K-Music 101 segments, I promise I will come back after those two years, I need to reflect about my action for a while….

Just kidding, I’m sure you got scared..right??

Today’s edition of K-Music 101 is about the one thing any South Korean, celebrity or not, can’t avoid: mandatory military service. In this post I will talk about how South Korean are proud of their army, the difference between the Public Service and the Active Duty (since a lot of artist prefer the first option), what happen when they have a double citizenship and what happen when they are part of a group.

Since 1957, male South Korean of 18 year and more (but under 35) are obligated to enlist for at least 21 months (all depend of the military branch the longest is the Navy and the Public Service, with 24 months). all of them with some exception like the athlete who won medal during the Olympic or the Asian Game, like the swimmer Park Taehwan, are exempted. Other exception are people who have a health (physical or mental) issue. Example Shin Hyesung from the group Shinhwa who have knees problem. Some who even if they were exempted still enlist knowing it was their duty as South Korean citizen. The south korean rapper Swing was deemed not fit for enlisting due to his mental health issue, but decide to enlist in 2014, however he was discharged in 2015 cause of his various mental illness like PSTD and bipolar disorder.

The Pride of a Country

South Korean are really proud of their army, if there is one thing they hate is people make fun of it or disrespect it. They also have a certain bitterness toward those who try to avoid drafted like M.C Mong who deliberately delayed his enlistment. The South Korean rapper was sentenced to 6 months of jail and have to do 120 hours of community service, adding to that he can’t appear on some broadcast like KBS or MBC. More recently T.O.P from the boy group BigBang also have his share of controversy for being tested positive of use of marijuana.

As I stated above, South Korean citizen are proud of their military and doesn’t see on a good eye those who tarnish it. There is something else they are not enjoying seeing either, it’s all the celebrity enlisting in the Public Service instead of Active Duty even if they are fit for the Active Duty. Beside the length of the service, 21 months for the Active Duty and 24 for the Public Service, the major difference is the service itself. When they serve in the Active Duty, they become soldier they are active on ground, they don’t really have free time (okay they have some Tony and Andy prove it with gambling but let’s not talk about another controversy), those who get to go in the public service have basically a job from 9 to 5 and off on the weekend like any other pencil pusher, plus he go back to his home, not the dorm unlike the one apply in Active Duty. For some citizen you didn’t have the choice to go in Active Duty, a unfairness feeling float around. Why celebrity, who could/should be on the Active Duty service, have the possibility to get into the Public Service instead? The one thing both service have in common, is the artist is not allowed to promote, even if they have a 9-to 5 job. 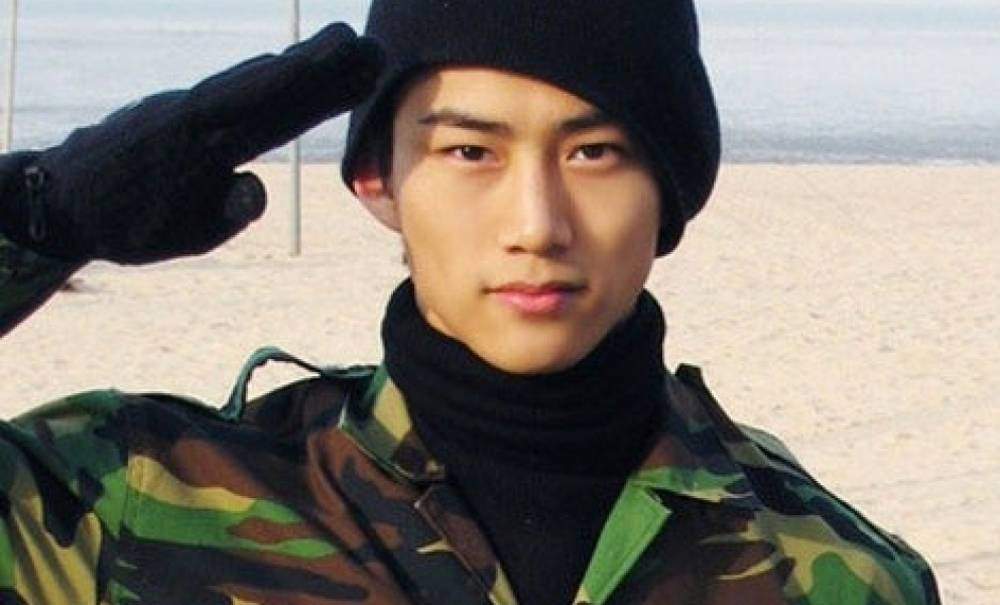 As I already said it, all male South Korean between 18 and 35 who are not exempted from the conscription. This also apply to the ones who are a double citizenship (ex: Korean – American like Eric Nam). On the Wikipedia page there is a really good explanation on what happen in those case

Not all South Korean artist who have a double citizenship are ready to give up on their other status, but those he do are well received by the public. We can take Ok Taecyeon from the grom 2PM as example. He not only give-up his American status to be able to serve in the South Korean army but also go under surgery to fix back problem to be able to serve in the Active Duty, I guess I don’t need to tell you the netizen loved that.

Not All at the Same Times (or Almost)

I already talk about it in a previous post, idols are a marketed product, therefore not all label what to put group on hiatus while the member are serving their country. This is why member leave in turn for their service, one of the best example I can give is Super Junior the oldest member Leeteuk and Heechul already did their two years when the youngest, Kyuhyun, was enlisting. Being part of a large group can have its good side. But when there is only two member in the group, like TVXQ, the two members leave pretty much at the same times. There is also case like Shinhwa who was in group hiatus for 4 years during the time all the member complete their military service. During that time, the member who were free was doing solo promotion. The group promised to their fan to came back as a whole after they are complete and that’s what they did (the group is celebrating their 20 anniversary this year). Of course, the members and the agency have to discuss about how it will go cause in the end it’s the agency who know the best which option the group should take.

Mandatory military service is something fan of the K-entertainment fear, seeing their favorite idol or actor leaving for around two years make them sad and I understand them, but sometimes it during those time we get the best give from them, like a last album or a last tour, and when they are finally getting discharged who can be sure they will be back on scene with new track. You can read more about the Korean military here, here and here.

See you next time!!