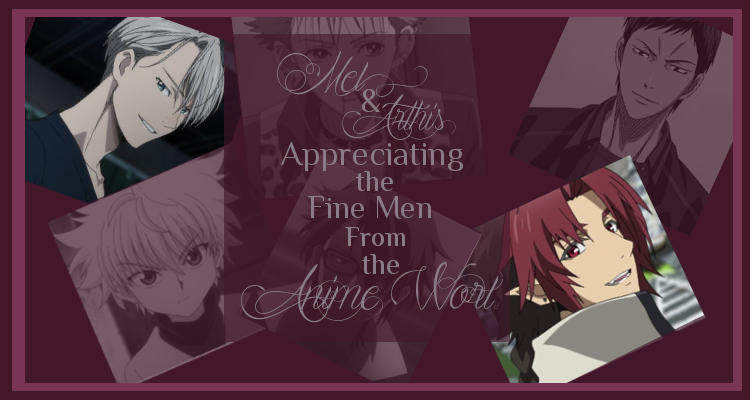 Welcome back to the amazing challenge where Athis and me sharing our taste in fine men encounter in the Anime World. For this 3rd day of the challenge, we will present you our Favorite Sport Anime male character.

Thank you, Mel, for having me here for another week just talking about fine Anime men and be perverted towards them! 😀

Before giving you my choice, I feel the need to remind you that only rules we have for this challenge, A character can’t appear more than one time with one exception the OTP day… I reminding you the rules cause my choice might shock you, at least surprise those you didn’t follow me the first time I did the challenge a long time ago.

So my choice for this day is….

I tend to have a softspot for character that are misunderstood and Kageyama is one of them.

This volleyball idiot know nothing outside volleyball and can’t socially interact with the other without being awkward. However thanks to a little orange-haired shrimp, Tobio-chan learn to trust other and lean on them a little bit more. I was nice watching him becoming an other player, a player who knows the meaning of team play and a less tyrannical player. With Karasuno it wasn’t only about him anymore, but about the team, it was “WE” and not “I”. Watching him getting better and learning how to interact with the other was nice to see.

It was hard at first, but slowly he start changing for the sake of the team,  Kageyama know his value, he know what he can do, but unlike his past self, Tobio also know he need to work in team to win and he also need the help of the other to get better. He is even willing to ask Oikawa, who is his senior and rival from an other team, in order to know what to do when he play with Hinata. He truly want to improve his technique with the help of the other, asking help to person he will not have asked before, this is something the “King of the Court” will not have done before.

Kageyama know he also have to change his attitude toward other, not scream at them if something go wrong, but help them to also get better. He want to learn, want to change and he doesn’t want to to it alone. It take some kind of courage to acknowledge our own weakness and work to change and this is why I like him, cause he saw what he was doing wrong in the past and decide to not repeat to the same mistake. It’s not always easy but this awkward little crow surely now the path he had to take.

So, I’m going to be honest, I’m not really into Sports Anime! I think the only one I did try to watch was Kukuro No Basket and I dropped it when the first season ended… No, not dropped, let’s say I stalled it for an unlimited space of time 😀

So, I’ll just go and say that Ice skating is a sport (and I think I’m not wrong, am I?). From here you already know what Anime I’m referring to: Yuri!!! On Ice! Let’s face it, how could I not chose one from this Anime when there are so many fine men during the series? The one I picked is: 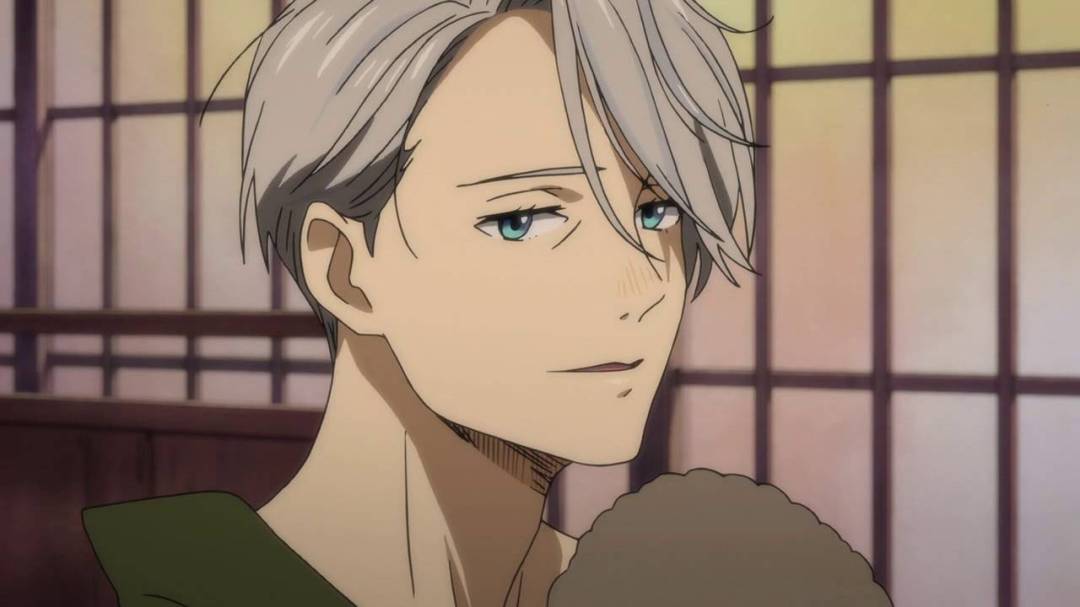 This man is HOT! Also, I think I have some kind of fetish  with White haired guys (Apparently this is supposed to be a secret…I wonder what he is talking about XD) ! I mean, this is the second one and it’s only the third post in this challenge ahah

Let’s put the hotness aside for now shall we? Let’s talk about the other parts that are also important when appreciating men… Right? I mean, if the guy is cute but an assho*** it would not be able to be as the first pick for anything when it comes to fine men xD At least in my list!

He’s a teaser – I love people who like to push other buttons and make them uncomfortable, I mean… In a nice way of course! I just love how is always teasing Yuri in a sensual way. I’m not going to lie… If I was Yuri not me, or even Victor would have time to practice a second! With all that teasing I would just be in top of him all the time! *blush*

He’s a dog’s lover – Anyone that loves dogs and dogs also love them are, in my book, normally good people. So yeah! I wouldn’t mind to just live with Victor with our little dog!

He’s just too cute! – I love how he is as a person when outside the ring! He really he’s cute and even though one of the oldest he always has something in his corporal language and smile that just wants to make him hugging all the time!

He gives his 110% – I’m not going to lie, I’m an ambitious person and it really turns me on other guys that are also ambitious! It’s one of the things that I respect more in a person and it says a lot of a person! It says that they are intelligent, are always trying to improve themselves and are able to commit sacrifices for the thing they love which for me is a great trait to have. Victor he’s like that, he wouldn’t be a golden medal if he was not like that!

He’s just a cool person to have around – I love people who speak a lot and are easy to have conversations and Victor is like that! He’s really open, respects and he’s somewhat interested in other people! I love people like that because I’m more or less the same type! :3 I think with Victor we would always have something to talk about!

He’s serious when he needs to be – I love goofyness and laid back people, however, when the times asks for it, I like guys who are serious when you need to be and Victor he’s like that! Really funny and a teaser outside the ring, a serious guy and objective driven when inside the ring! Love people who know the place they are and answer to the situations in the way they are supposed to! It shows a great versatility and that they are able to read the environment around them and act accordingly!

Last, but not the least, he’s a positive person – As a Portuguese I follow the stereotype and I’m way too negative. This way I always find more interest towards guys who are more positive! It’s all about the balance! 😀 I think that’s one of the best cooperation I have with my boyfriend! With my negativity I put his feet in the ground from time to time and with his positivity he’s always able to lift my spirit up!

And that’s all! I don’t know who you picked Mel, but I don’t really think that any kind of character will be able to top Victor… Sorry~!

** Note: If you can’t enter your vote, you can either let us know in the comment or DM me or Arthis **

This was the day 3 of the duper super amazing collaboration-slash-challenge with the awesome Athis, (awesome? Well, thank you!) make sure to look out for his post which will be publish after this one!! Don’t forget to hit follow if it’s not already done!!