Hello Everyone!
It’s me, Mel

As you know I’m doing another collaboration post with the super duper awesome Arthifis from Arthifis’ Place, but this time two more people joined us, Lina from Tiny Ugly Animal and Aria from The Animanga Spellbook.
Of course once again we are talking about hot and cute boy, however we are not only talking about that, we will also share with you who we think could be the best match for the character that we choose, in other words we are Playing Cupid.

Last Friday for the first day of “Playing Cupid with L.A.M.A” Arthis started the dance with the sweet little penguin from Free!, Nagisa Hazuki.

This week, it’s my turn and of course I have to go with my beloved basketball idiot Aomine Daiki.

Tall, tan with dark-blue hair, Aomine is the ace of the basketball team of Touou Academy. While he is really talented in his discipline, Aomine tend to skip practice since he don’t see the point of training more when he is already the best, the only one who can beat him it’s him only.
Adding to this cocky attitude, Aomine can be really lazy, he can be an idiot and also really perverted, he would probably sell his mom for the latest magazine with his favorite big bobbies idols on the front page. He is the kind of guy who the first thing he would do if he visit your house is to look for porn magazine, but if he found a magazine or video on basketball he might be also very please.

Mel’s Choice aka the Host choice…. 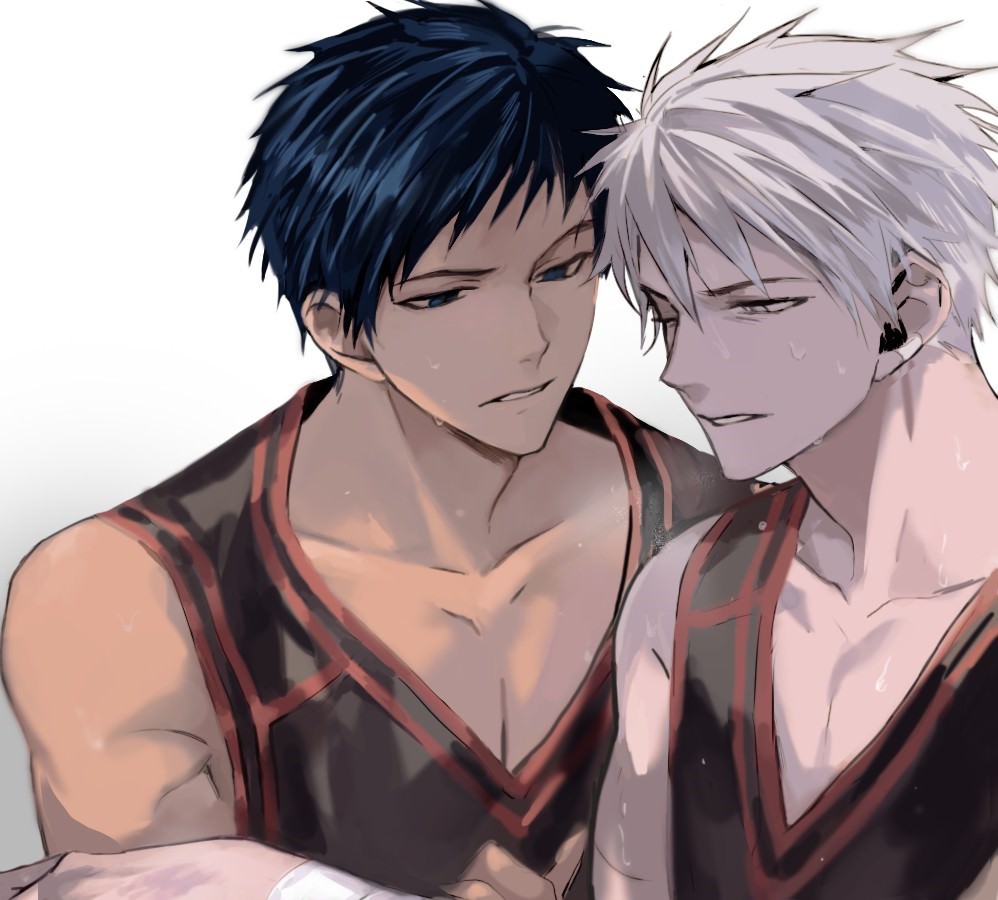 I love Aomine, pretty much everyone should know it by now, but I read so many doujinshi with him being pair with either Kagami, Kise or Kuroko that it’s hard for me to not choose one of them…it’s a real struggle. I really try to pick someone outside the series, but I miserably failed, since he need someone who will fired him up on the court (and in the bed) but not one of the three I already mentioned…so here my choice, Haizaki Shougo…they both have a really similar personality, both can be real jerk, but both are extremely talented, Aomine playing against Haizaki it’s like if we was playing against himself, and if he win, it’s like if he was winning against himself. In the beginning the relationship will be hard, but they will find a balance on the court, plus they can keep each other in check with a good punch on the chin, yup this gonna be a lovely relationship now excuse me while I go writing a fanfic…( side note for the perverted soul, they can switch role…) 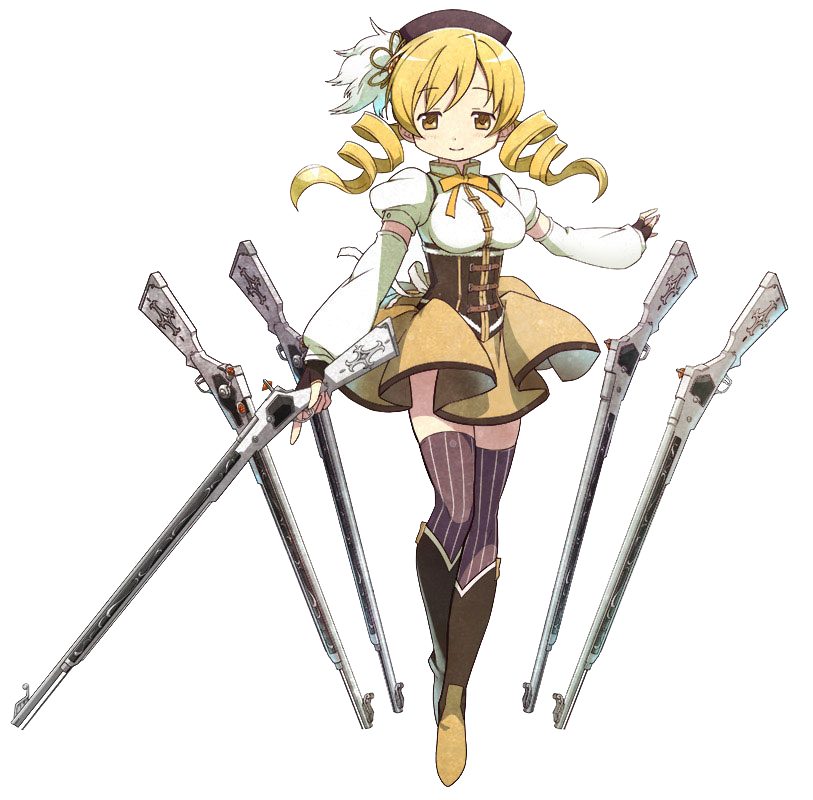 Now here’s a crack ship if there ever was one – imagine, if you will, Mami from Madoka Magica with Aomine. Certainly, they don’t seem very compatible at first glance but from what I know of both characters, they play similar roles in their anime as veterans who are isolated from their peers for the sake of what makes them special, at least in comparison to the main characters. I think these two would at least be great support for each other, even if Aomine won’t show it in the clearest of ways…

To be honest though, this pairing is mostly just inspired by how Mel described Aomine – hypothetically, if there is enough chemistry to make the ship work, there should also be enough mutual respect for each other’s boundaries and whatnot as well. There is also the additional caveat that this relationship can only potentially happen in timelines where Mami hasn’t had her head chomped off…for obvious reasons.

Of course, in Mel’s side we would have Aomine! 😀

I always think opposites attract. This way, I needed to find someone who contradicts the cold and cruel vibe Aomine emanates. Moreover, Aomine ended up being more detached to his emotional side because he just kept training and getting stronger to the point of getting to the conclusion is the strongest Basketball player ever. So, I needed to find someone who also have faced this kind of wall.

So, I decided to go with Victor from Yuri on Ice. I think in the long-term relationship here I think they would work really well.

Victor also hit the wall of being the best and stopping caring about his sport because of that. However, contrary to Aomine he decided to go with the teaching route. I think Victor could teach some things to Aomine. Moreover, since Victor is such a warm character, I think he would be able to crack Aomine’s shell. Adding to this, both would know what it takes to train to be able to get to perfection, so they would understand each other when it came to that.

Basically, they would become the most popular sport gay couple ever!

Aomine was a tricky one. I have been thinking about this one since before I came up with the choice for Nagisa actually. Not sure why though, there should be plenty of offer for this hot, tall, scary boy. Did I say scary? I meant sexy of course. And maybe a little bit scary. He is impressive. And an impressive man with a strong will and a rather egotistical way at looking at teamwork, or lack thereof, is a bit scary in my book. So what does he need then? Rin, he needs Rin.

Matsuoka Rin from Free! that’s who he needs. And obviously it goes two ways because Rin needs Aomine. What Rin lacks in confidence Aomine wins big times. And I believe that Rin has the ability to help Aomine to understand the importance of teamwork and showing up at practice even if you are the star. And Aomine can help Rin with the never ending bad confidence of his. They compete in two different sports so instead of competing against each other they can cheer each other on and lift each other as sports men. And finally, the nights will be hot because in the end, they are both strong willed and passionate guys. Aomine’s lucky Rin’s a born neko.

We made your choice, now it’s time for you to vote and tell us who do you think have the best match for this basketball idiot, you can also share with us you own pick in the comment section below!

Next week we will Play Cupid with Lina and her pick Oga Tatsumi from Beelzebub. And don’t forget to visit Arthis’ page to see who we choose for Nagisa from Free!