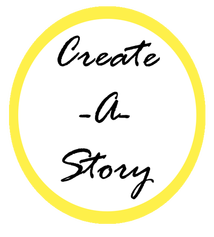 Hello everyone!
It’s me Mel, the one who can respect deadline.

Just want to apologize to Arthis who tagged me the first, it’s not that I didn’t wanted to do it, it’s just that despite the fact that I do enjoy writing (fan fiction) I didn’t have any idea what I would write about, it’s only after the 3rd tag that I received from Zel that I finally figured at least the characters of the story.

And since I got tagged three different time, I thought I could write a three chapters story (muahaha), don’t worry you will not have all the story in one post, however they will be published all the same day.

Now it’s time for the story…

Rain, rainy days, Takao use to love rainy days, even more when he had to stay at home. During those days he could lay on his bed listening to the sound of the drops hitting the window, it had a calming effect on him, his mind was drifting away with the water flowing down the window. Now he hated it, he hated it cause it was a reminiscence of his last high school day, the day where he had confess to Midorima, the day where he run away without waiting for an answer, the day where they part away, Midorima leaving him behind to study abroad. He felt a little be betrayed, Midorima was the reason why he got to Shutoku after all, he wanted to be acknowledged by him, he wanted to make him realize that he could rely on his teammates
They eventually became friends, as least that what was thinking Takao, but he wasn’t sure anymore. Which kind of friend just leave the one with who he pass most of his time behind? Which kind of friend take big life decisions, like moving in an other country without letting his friend know about his plan? Takao knew Midorima owned him nothing, he could do whatever he wanted, Takao was just hurt that his friend didn’t told him anything about his plan, even after Takao had asked him.

Midorima Shintaro, Shutoku shooting guard had decided to drop from the sport he loved to go study medicine abroad. At first Takao couldn’t believe it. He didn’t want to see Midorima leaving him. Takao didn’t understand why, why he was feeling angry, why Midorima didn’t told him is plan, soon he realized that he had felt in loved with the tall green haired. However he couldn’t do anything, he couldn’t tell him at least not right now, maybe on their last day, they will not see each other for a while after that, maybe they will never meet again, who knows what life reserved them.

Last day of school came, gloomy rainy graduation day, Takao try to keep the smile, hiding the pain of seeing the one he secretly loved going away, is heart was aching and he try to avoid Midorima the best as he can. He didn’t want to see him at least not now, he couldn’t face him without tearing up. He tried to be his silly self, joking around, but it was hard, harder than he thought, he was just grateful they didn’t have club activities anymore, this way he could just leave once the last day was over. No waiting, no looking back, he wasn’t even sure if he wanted to confess to Midorima now that the days as come. What was the point to confess now anyway? It’s not like it would change anything, it will not hold Midorima back, at best Takao would feel a little bit lighter but the pain would still be there.

Takao looked at the clock on the wall above the blackboard, it was almost time, soon it would be over, a small ceremony, then he will receive his high school diploma to finally leave. At least that what he thought. He was about to leave on his bike in the pouring rain when he heard someone calling his name. “Takao!”

The black-haired twisted his neck to see who was calling him, even if he already knew. He was a tall green-haired running toward him, telling him to wait for him. But he did wanted to, he just wanted to leave, he knew that if he spoke to Midorima he would cry and he didn’t want that.

Seeing his former teammate closing the gap, he tried his best and smile!

“Hey Shin-chan!” he said with the fake smile that he gave all day “Sorry for not waiting, I have to go home”

He knew it wasn’t Midorima forte to talk, he felt like the tall one was looking for his words, words that couldn’t pass his lips.
Takao sighed, lifted his head and look at Midorima in the eyes

“I love you Shin-chan…” he simply said before shaking Midorima hand and get on his bike without looking back.

It’s only once he was home, in the warm bath that he allowed himself to cried. He stayed in the bath until he hear someone calling his name

Takao looked around and saw 30 pairs of eyes looking at him with a worried look.

Some years had passed since the last time he saw Midorima under the rain and now Takao was a mathematic teachers in middle school. Takao smile at his class scratched his head, he couldn’t believe he was lost in his thought in the of the class.

“Don’t worry, rainy days always makes me a little nostalgic” he said to reassure his class “You have all finished the exercises?” he asked getting up from his chair to walk to the blackboard.

Not long after, the bell marking the end of the class rang and the student left one by one, leaving their teacher along with his thoughts. He stayed in the classroom looking through the window wondering where was Midorima now. Not once during the seven years that have pass Takao had a thought for the tall green-haired. But today’s rain managed to remind him of this time where they part away, the day where he left Midorima behind under the rain.

So this was the first chapter/story, the next one will come 30 mins after, so look out for it. Meanwhile you can give a look at the page and the other story that were written for this fantastic tag!