Hello everyone!
It’s me Mel!!

Welcome back to a new edition to K-Friday!

And since last week I published a post about my love for Immortal Song, I thought I could go with a singer I was introduced to by the show. 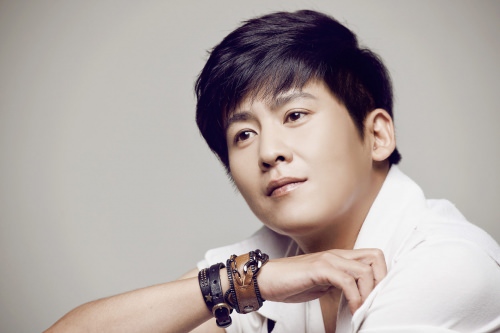 If you read last week post, you already know that once of the reason why I like the show, it’s cause of the performance and there is one artist I’m always happy to see performed on and it’s Hong Kyungmin (홍경민) cause I never know which kind of performance he will give us. He is a multi-talented musician and can pull off any musical style from rock to dance, passing by sorrowful ballad.

Born in 1976, Hong Kyungmin debuted in 1997 with the rock-ballad “Now” ( “이제는”), but really meet with the success with “Shaky Friendship” single from his third album The Third released in 2002. This album branch off from his rock style and have a more latin vibe. During that time the his South Korean fan affectionately called him “Korea’s Rick Martin” (XD)

Since his debut in 1997 to this day, fourteen albums (including digital single, remake and best of) were released.

I got introduced to Hong Kyungmin through Immortal Song and as I said I’m always happy to see him on the show. I enjoyed all his performance, some made me laugh, some made me dance other made me cry. I might have not included him in my post about my favorite South Korean male singer voice, but I truly love his voice. He have a husky voice and a very unique way to sing, he have a rocker voice but can sign sorrowful ballad in a manly way.

If you haven’t got the chance to listen to some or his song, I highly suggest you to give them a try.

Below, you found one of my favorite performance he made on Immortal Song and some of his song

Side note that might make you go AWWWWW : the musician is his wife and they met on the show. This performance was filmed after their wedding and I felt like the song fit them so much. This perfromence made me teared up a little.