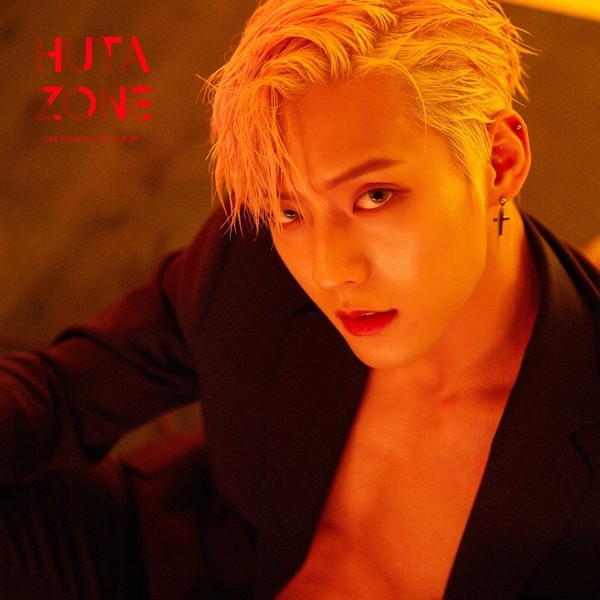 Before jumping in the main purpose of this post, you have to know that I’m far from being a professional and I have no real musical knowledge. I do know some term, but I can’t just but my thought together to write an album review, thus why I didn’t call the post “Hutazone Review”. However, you can feel free to treat it like one. 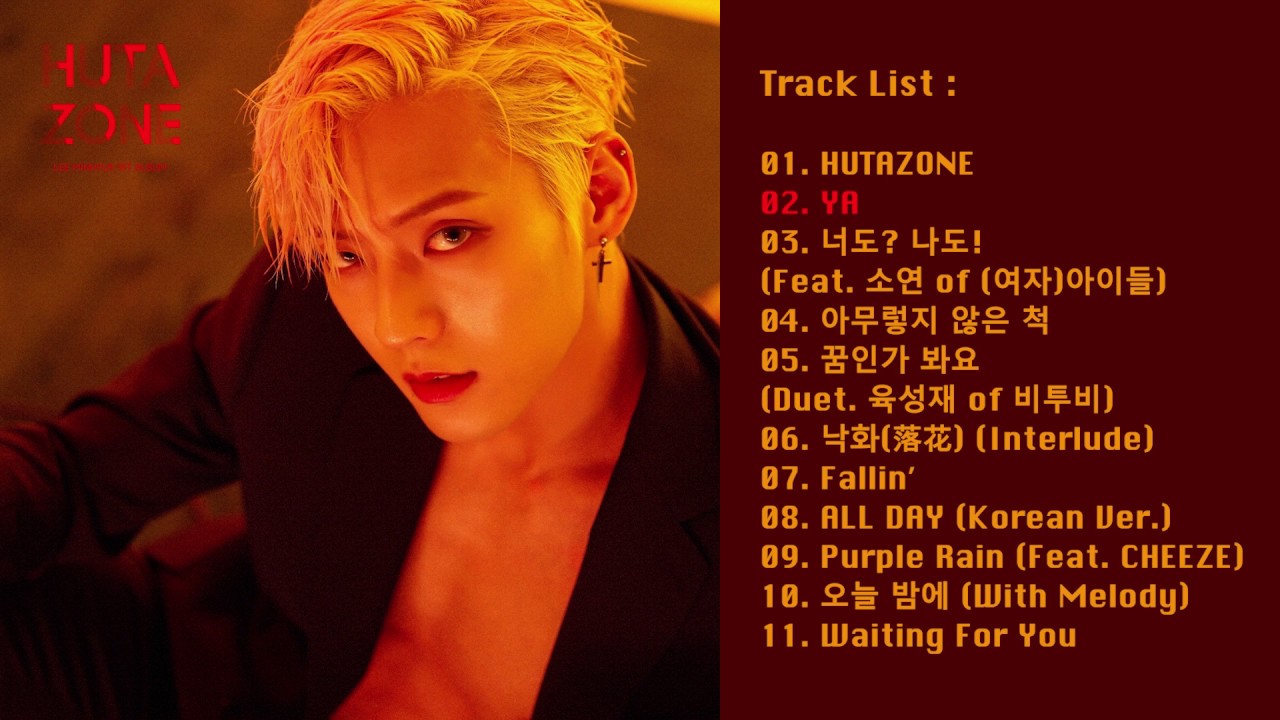 Hutazone is the korean solo debut album of Huta also known as Lee Minhyuk from the boy group BtoB (Cube Entertainment), he did released a “Purple Rain” featuring Cheeze on the album Piece of BtoB vol.5, but all the other song are exclusive to this album. Not only it’s Huta debut album, but it’s also a self-composed album, guess he agency felt nice for once.

For a first album, I think it’s a pretty good one, while it include track from a lot of different genre, it those a good job at showing that Huta is not only a pretty face.

I mostly know him for his rapping style on BtoB album, I knew he could sing, but if you listen to the boy group song you will mainly hear Eunkwang, Changsub and Sungjae voice. I was pleasantly surprised to hear him and only him. Yes the album does feature other singer or rapper, but he doesn’t get overshadowed by them.

As I said the album explore different genre, from the R&B-ish intro “Hutazone” to the Pop “Hang Out” featuring Soyeon from (G)I-dle passing by the ballad “Day Dream” and the Bubble gum pop “Fallin’”, the album is still easy to listen. The song track listing doesn’t clash, the fact that on eleven song five of them are ballad probably help a lot.

“Ya” is the lead title of the album and I have to say that I didn’t expected to like it at the first listen, while the song is a bit all over the place, it’s still pleasant to listen to it. Not gonna lie, my favorite part are intro and the pre-chorus. The song serve more as showcase Huta rapping skill.

If you want to hear his singing abilities, I would suggest you to listen to “Day Dream” which feature group mate Yook Sungjae. The track really have a fitting title. The soft percussion mixed with the string made me dream a little. It’s the perfect song to listen on rainy day. The interlude, “Falling Blossoms” is also perfect for that, it’s a short song but it’s long enough to appreciate it, but I still hope to have a full 4 minutes song one day.

The last song I will mention is “Fallin,” which is a mix of Tropical mix and Bubble Pop, this song is the perfect song for the summer. The track just made be happy.

For a self-composed debut album Huta Lee Minhyuk did a decent job, I wasn’t really expecting anything from it, I knew him for being a quite talented rapper (in my opinion) and to have a pleasant singing voice, but I didn’t expect to enjoy the album this much. I know he could have probably be better, but the album does it’s job at selling Huta abilities.