Hello everyone!
Welcome back to another OWLS tour

For people who are new let me explain what OWLS is.

OWLS stand for Otaku Warrior for Liberty and self-respect, we are a group of blogger and vlogger who promotes the acceptance of everyone regardless of their gender, sexuality, ethnicity, religion and disabilities. Each month we are given a topic and we the help of the pop-culture we explore it.

Now that you all know what is OWLS, it is time to introduce to you this month prompt

“For this month’s topic, we will be discussing how technology impacts our relationships with others and how it improves our lives (such as in communication, education, and etc.) by exploring the technology used in various anime and pop culture worlds.”

Technology has brought us a lot of form of entertainment and it is now part of our everyday life, everything becomes more efficient, new generation of phones, computers, laptops, gaming systems always do more than the previous one. Some factories have more computer and robotic component than human beings and A.I is not a fancy idea of the future anymore.

New technology is also part of a lot of anime and manga series, take Angelic Layers or Sword Art Online, both allow the character to enjoy new kind of game.

While new technology brings a lot of good things, it also has its dark side and this is when it takes over our lives and control almost every aspect of it. This is what happened in anime series produced by the studio Production I.G, Psycho-Pass.

The series setting is a Tokyo of the future, year 2113, where people who refuse to get old transplant their brain in a robotique skeleton, where you can change clothes by touching a simple button on a compact. 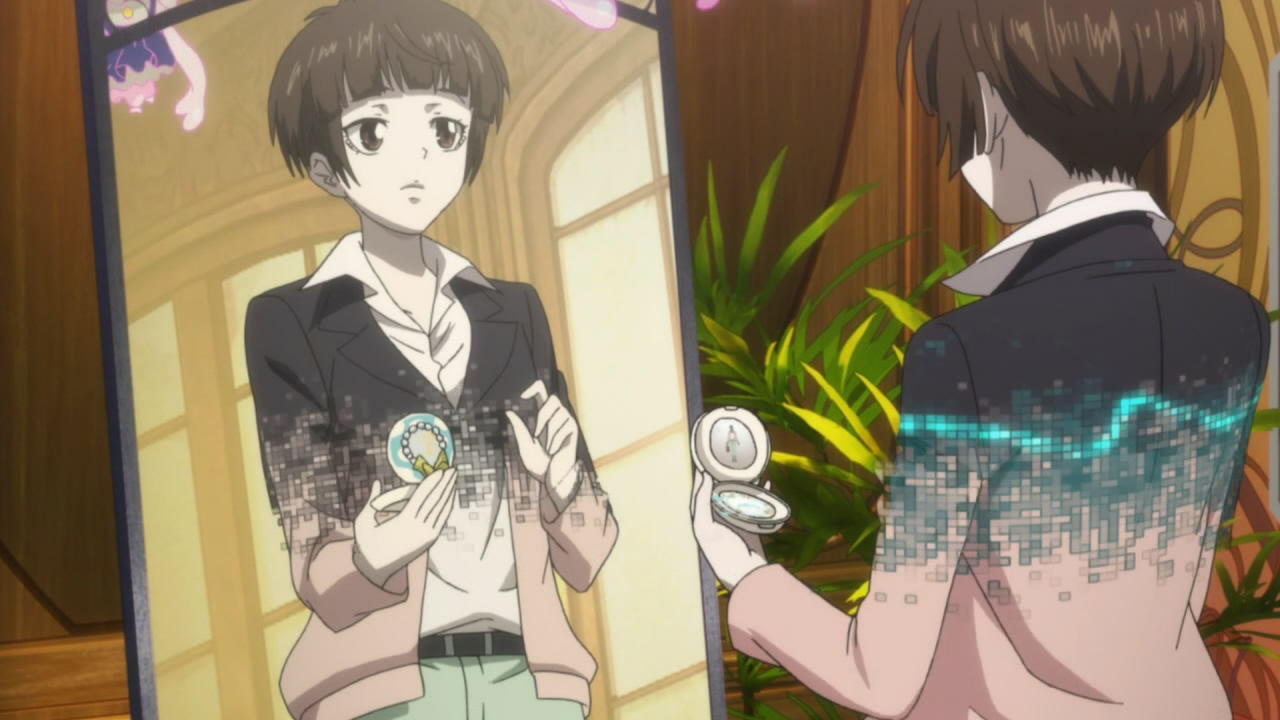 In this Tokyo, people are now judged on their mental health or if you prefer their Psycho-pass. The Psycho-Pass is linked to a hue color, darker is the hue more likely the person will end in a rehabilitation center, they can even be labelled as latent criminals. In those cases they completely lose their freedom. The system invented to judge people mental stability, is called Sibyl, and it’s basically a bunch of brains, only brain not the rest of the body. With the advanced technology of this Tokyo of the future the brain is connected with wire that allows them to communicate with the world and dictate the society. Those brains are the …brain behind the Sibyl System. 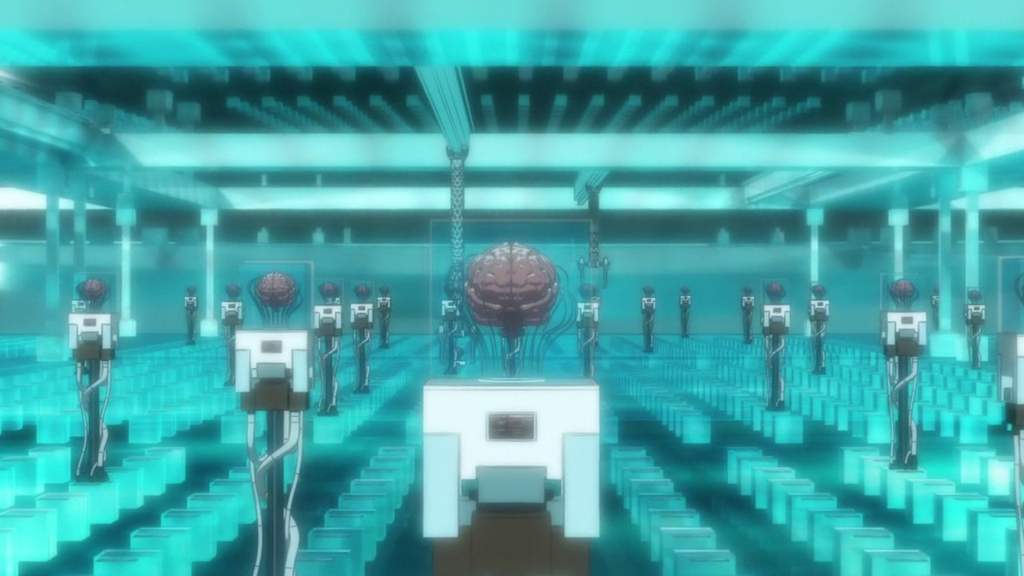 They not only dictate what people should do as work, but also what they should eat, read and watch and listen. This Japan is hermetic and have total control on every that comes in and out the country. They invented made of wheat called Super Wheat, pretty much all the food if made of it, so they don’t need to import anything from outside the country.

“When you entrust so much of your everyday life to those electronic devices, the argument that you aren’t a cyborg isn’t very convincing.” – Toyohisa Senguji”

In Psycho-pass, technology really took over the Japanese life by controlling all aspects of it. In reality we are not there yet, even if a lot of people clearly struggle to disconnect from their phone and computer and we get lost when we can’t use them, despite the fact that we can find some other sources of entertainment that is not linked to any forms of technology. 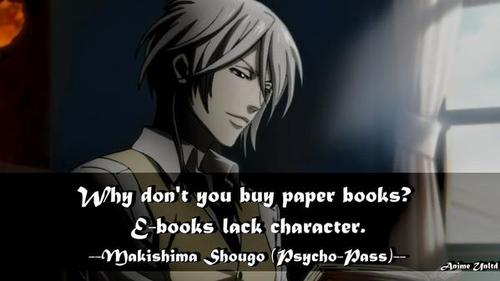 The advancement of the technology make us forget the little enjoyment of life, while our grandparents, for the most of them, have it harder than us, they were able to enjoy the little things of life, like the nature surrounding them. Now it takes us everything lo lift our eyes from our phone screen just to enjoy the clouds and the stars.

I have to say this topic was harder than I thought, I still think Psycho-Pass is still a great series to go with that tour, but maybe I wasn’t the right person to take that one ^_^’ , I do feel this is no my post OWLS post, but I really tried to write something decent enough for you to enjoy.

Make sure to read Scott post that was published yesterday and keep an eye on Neha post schedule for tomorrow. You can find the complete blog tour schedule here.