Hello everyone! Welcome back to a new OWLS tour.

If you are new around here, you need to know what is OWLS since it’s an incredible group I’m part of.

OWLS stand for Otaku Warrior for Liberty and Self-Respect, we are a group of blogger and vlogger who promote the acceptance of everyone regardless of their ethnicity, religion, gender, sexual orientation and disabilities. Each month, we are exploring a topic through the pop-culture.

August tour is a bit of a particular tour, we will still explore a topic but we will have to choose a series from Kyoto Animation.

As anime fans, we are heard about the studio we probably all watched at least one series or movie from that studio. While I haven’t watched a whole lot of series from the studio that was established in 1981, I still watch some that became my favorite series and in today’s, I will talk about two series I really like: Free! And Tsurune.

As the title suggested, I will talk about the friendship we can found in both series which is an important part of the story.

Friendship is an important part of our lives, they are like the family member that we choose. There to laugh with you, cry with you and lift you up when you are down. They might be in another city, country or continent, but no matter the distance between you, they are still there when you need them.

Both series perfectly show the importance of friendship and the bond that links the characters togethers.

Through the course of the three seasons of Free!, we follow a group of childhood friends facing hardship together. While it often had a bumpy start, by the end of the series the group became closer overcoming their struggle together. 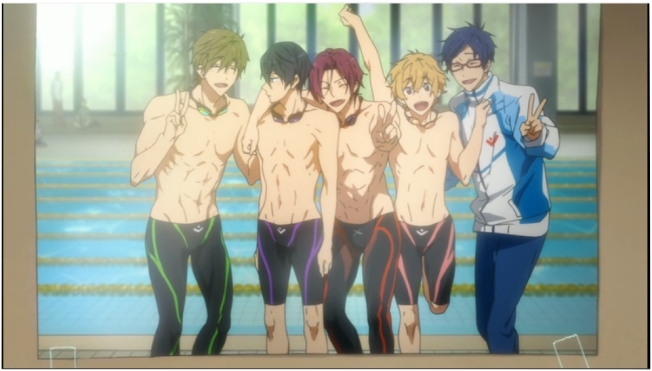 In the first season, Haru stopped swimming after a race against his childhood friend Rin, Haru won, Rin lost and the latter didn’t took this defeat well. The reaction Rin had made Haru quite the swimming club he was in and stop swimming. On Rin side, he tried to continue but his time wasn’t the best and he eventually hit the bottom and stop practicing the sport he loved so much. They both find themselves once they start high school and they push each other to go back to swimming competition. Their friendship took all its meaning when Rin time increase and was left out the competition. He thought he should just quite swimming for good until he got a real talk with Haru. Their first place at the relay race might not have been accepted, but it has shown us the power of their bond. Haru believed that Rin was able to do it, he trusted him.

Then comes the second season, Eternal Summer, and Sousuke who stop swimming due to a shoulder injury, but he decided not to tell Rin, he didn’t the latter to worried. Instead Sousuke tell him that he was scouted by a college swimming team. Sousuke bear with the pain alone, trying to hide it from everyone, especially from Rin.

After a lot of misunderstandings Sousuke did a final race supported by Rin and the members of Samezuka swim team. The OVA following the end of the 2nd season shown us that Sousuke and Haru weren’t in bad terms, he even grew to be close to the Iwatobi swim team members. After knowing about his friend injury, Rin could have told him to not take part in the relay, but Rin believed in his friend and knew that he would be able to finish it. Sousuke got strength by knowing his friend was believing in him. 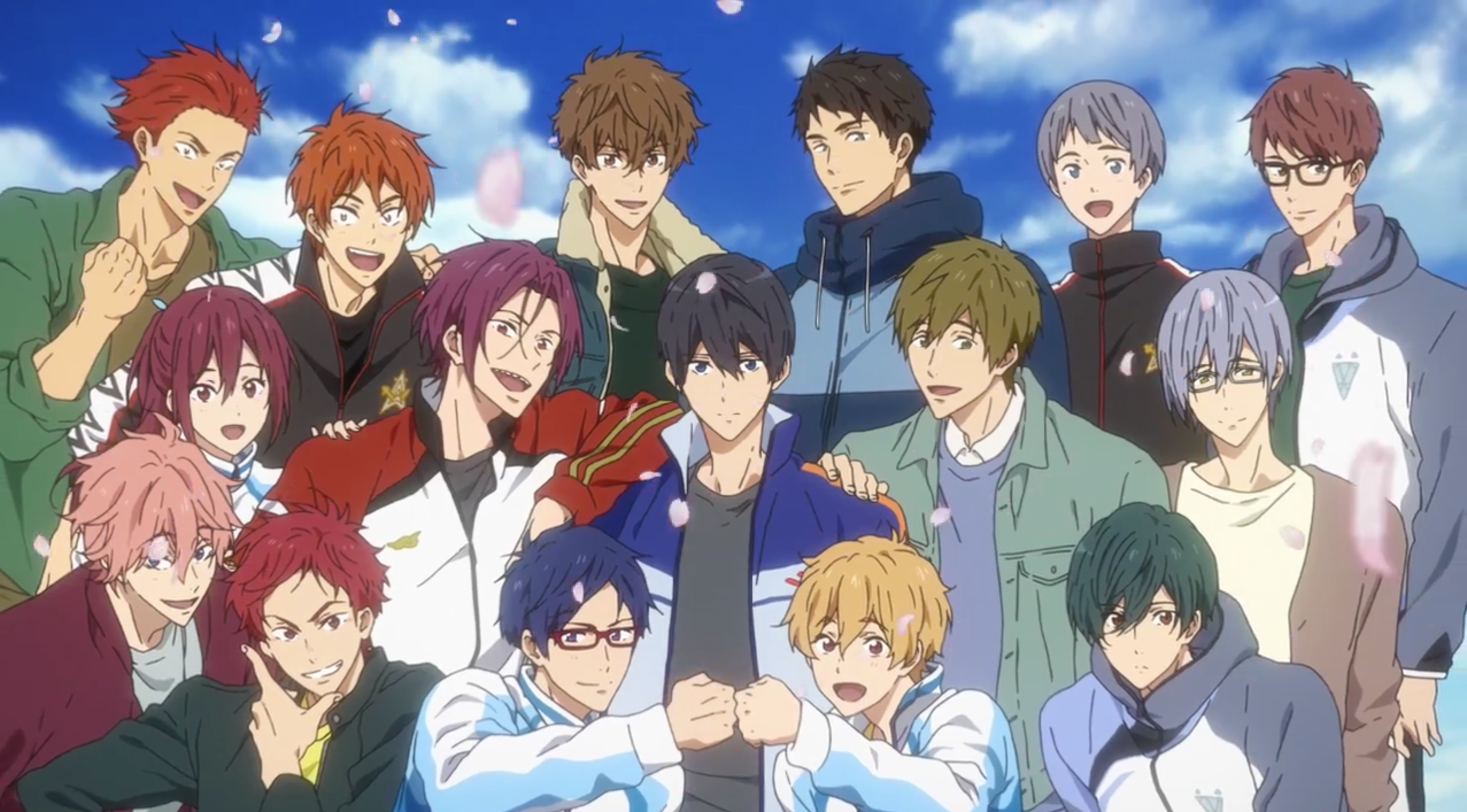 In the last season, the strength of friendship took all its meaning in the forms of the bond Haru and Ikuya were sharing. Haru might have disappointed Ikuya in junior high when he broke his promise and quite the club, which lead Ikuya to make ruthless thing, like practicing until exhaustion. Despite that, Haru was the one who brought back the young man from the slump of his time.

Free! is not the only series produced by KyoAni that deal with the topic of the strength of friendship and believing in your friends.

Tsurune also have those elements in their series. 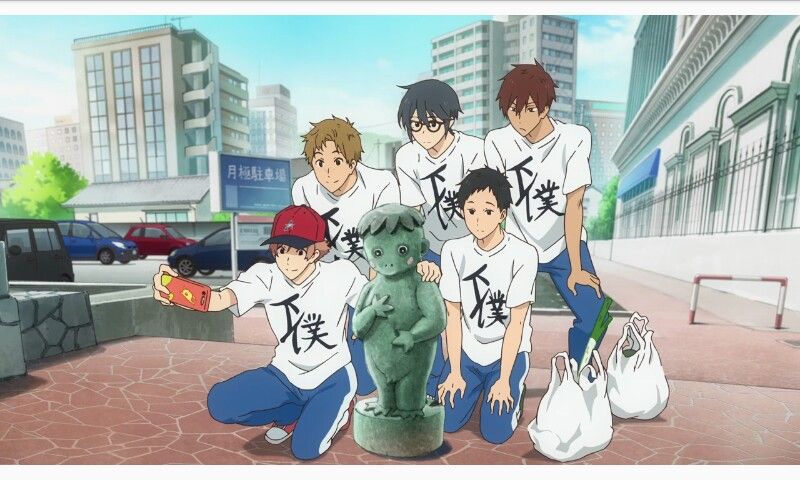 The series follows a group have high schooler members of the archery club at their school. One of them Narumiya Minato developed a syndrome called “Panic Target” no matter what he does he can’t shoot and hit the target where he wants. Even with all his doubts about his ability to shoot ever again, his friends never stop to believe that he would be able to recover and come back as one of the best archers. His friend supported him in his endeavor to overcome his panic target.

And yeah it was on of his friend, Seiya, who struggled Narumiya was there for him. He waited for him to get better believing he would come back stronger.

I know Kyoto Animation is not the only studio presenting series where the friendship theme is developed, but the way the studio play with the emotion bring the series to another level. We can easily relate to the character and feel what they are feeling. And this is why KyoAni is one of my favorite studios. Their way to convey the emotion through their character and they never stop to believe and support their friend. Creating new friends, consolidating already existing bond.

Thank you Kyoto Animation for those amazing on screen fictional, they might be fictional, but they does leave an impact on those who watch them.

This was my owls post for the month of August, make sure to read Crimson post that was published on the 4th and keep and eye for Takuto‘s post scheduled for the 10th. You can find the whole tour schedule here.