Hope you are all going well this Valentine’s Day!

My long time reader and fellow ani-blogger probably know this, but just in case, I will tell you that I’m a big shipper, I wrote OTP top post and feature a lot of male/male doujinshi from my favorite series I even wrote fanfiction, in fact it’s almost easier for me to talk about my favorite fan made male/male couple than heterosexual couple. However, this doesn’t mean that I don’t have my favorite and in this post for a Valentine’s Day special, I will talk about some of my favorite canon and fan made het. couple. Beware this post might contain spoilers. 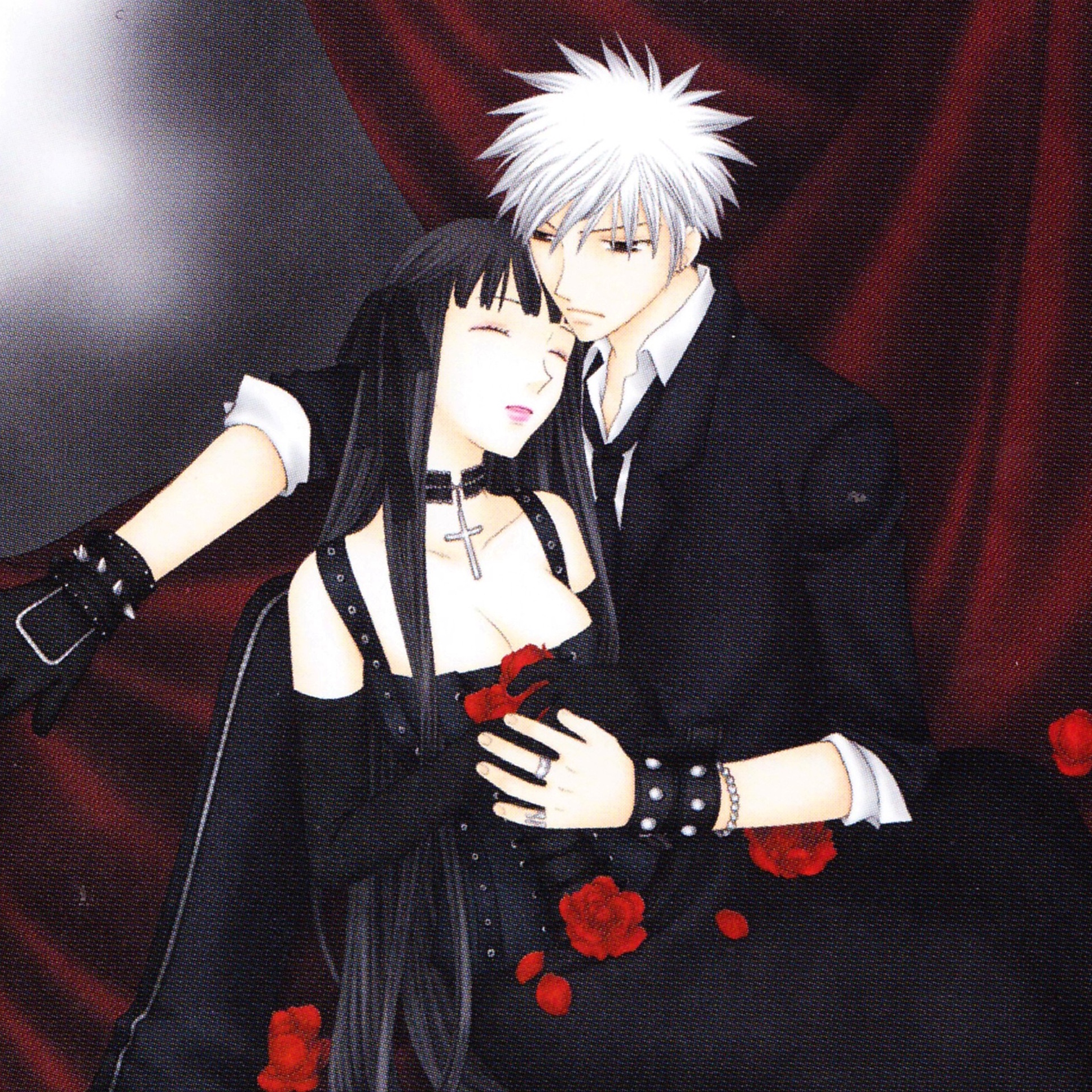 When I think of one of my favorite canon couples I think of Rin and Haru from Fruits Basket. Anime viewer of the new series will meet Rin in the second season, she is possessed by the horse sprite and she is truly beautiful… Anyway the reason why I like them so much it’s because of what they represent for each other, and despite the fact Rin wanted to give up on her relationship with Hatsuharu, thanks to Akito, Haru never gave up on her. He gave her the space that she wanted without staying too far from her and he always believes they will be back together one day. 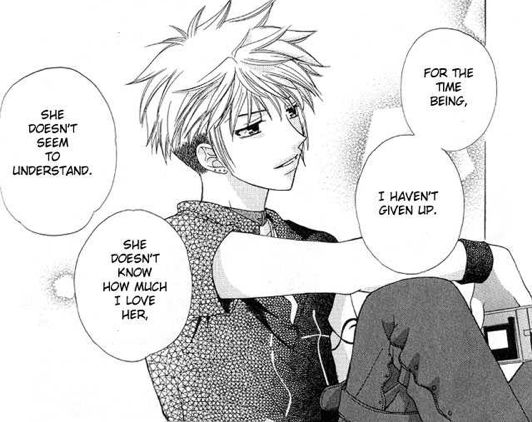 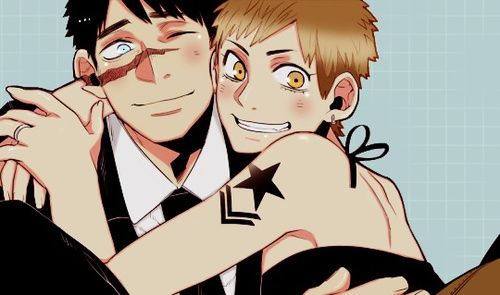 Another of my favorite canon couples is Marco Adriano and Constance Raveau from Gangsta. Everything was separating them, he was a Destroyer sent to kill the Twilight, she was the daughter of “Normal” siding with the Twilights. Constance’s parents were killed in front of her eyes by a Destroyer and was saved by Marco. It would have been normal for her to hate Marco, name Spas at the time, for everything he represented, but she decided to give him a chance to prove that he changed after being taken by the Cristiano family. Marco was ready to do everything for Constance, even if this meant to lose the protection of the Cristiano family to save her and Constance was ready to follow him in the death because she couldn’t imagine herself living without him.

The last canon couple that I want to talk to you about before jumping to the fanmade one is Edward and Winry from Fullmetal Alchemist.

Although it was formed only at the end of the series, we could all see where it was going even before getting together they were already arguing like an old couple. They just belong to each other, understand each other, believe in the abilities of each other. Not once Winry stopped believing in Ed and Ed always knew what Winry was able to. Also the way Ed asked Winry is the most awkward yet cute way that I saw in anime.

Now let’s see some of my favorite not canon couples. 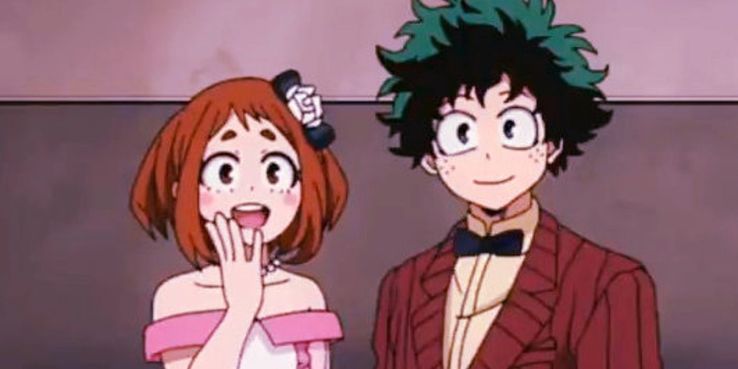 First Midoriya and Uraraka from My Hero Academia team. Yes I’m a proud BakuDeku shipper but I’m not delusional, I know that if Deku gets with anyone it will most certainly be a girl and I wish it’s Ochako. And before people say it’s a toxic relationship just to fit their own agenda, I really don’t see how it could be when Ochako literally put her feeling for Izuku aside to be able to go forward. Ochako is not the type of female character that is there just to serve as love interest for the MC, she is her own character and proved it more than once and Izuku knows it and trusts her, he knows her well and can see when someone wants to impersonate her. 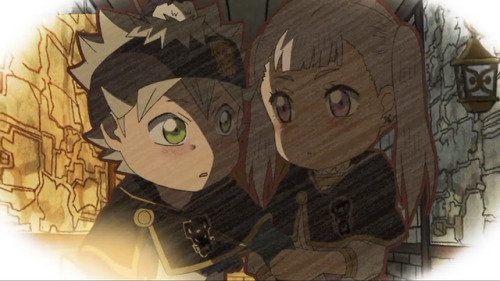 Another not canon couple that I wish to see together is Asta and Noelle from Black Clover. Strangely Black Clover is the only series where I don’t have m/m ship, but I surely have one m/f. Despite the rocky start Asta and Noelle well together, Asta push her to not give up and surpass her limit, again this is a good example of a good female character that is not just a love interest (even if for now Asta as only eyes for Sister Lily), Noelle is her own character and Asta believe in her capacity. 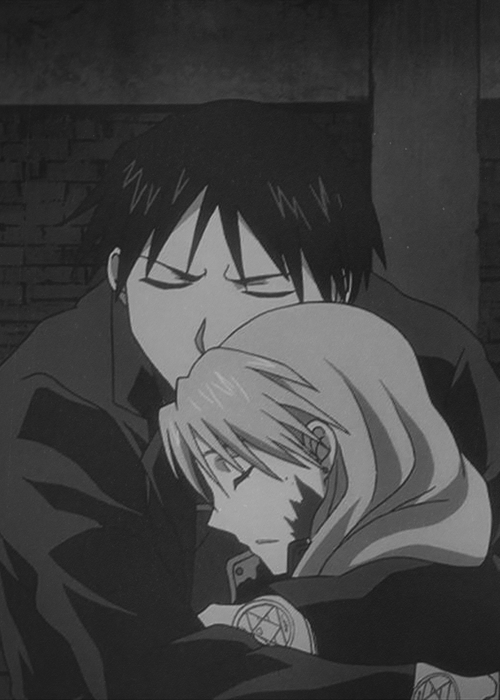 Last not canon couple, at least it was never announced officially, is Roy Mustang and Riza Hawkeyes from Fullmetal Alchemist. To be honest, I was surprised to not see them getting married at the end of the series, they are made for each other. Riza always stayed in Roy’s shadow, following him, helping him to get where he wanted to be and Roy always knew he could count on her even if they weren’t working together anymore, Riza was always faithful to Roy ideal. 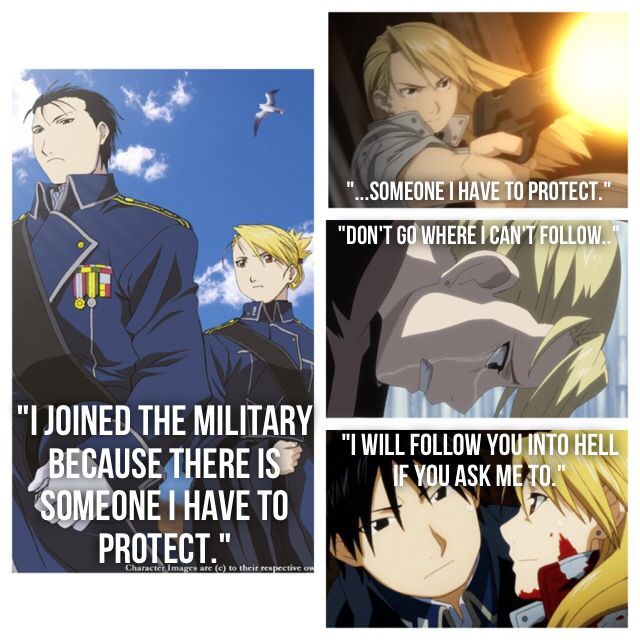 A Community Built On Anime