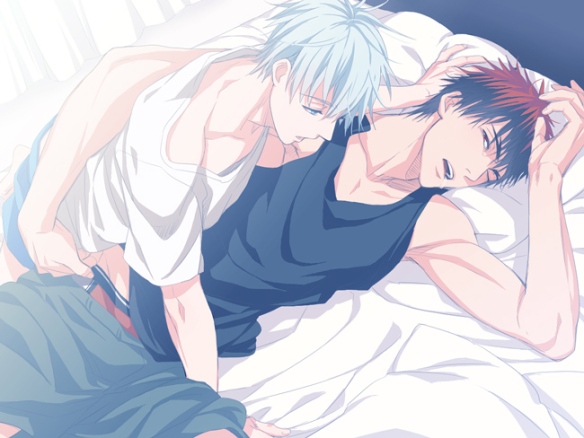 END_OF_DOCUMENT_TOKEN_TO_BE_REPLACED

Summary
More than perfect dinner, Akashi, Midorima and Murasakibara are not surprise.

END_OF_DOCUMENT_TOKEN_TO_BE_REPLACED

New Life is the second part of the “For Kuroko ” series.
Shoothing contest and Akashi pay a surprise visit to Kuroko 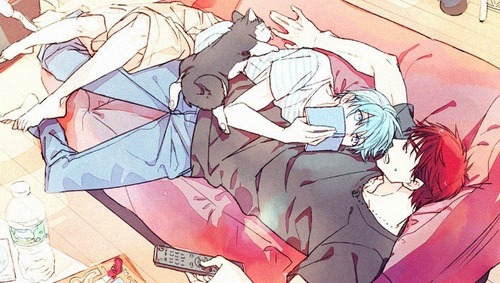 The Sunday morning when Kuroko woke-up he found Kagami busy making breakfast, Nigou bowl was already filled with dog food and the coffee was almost ready. Seeing Kagami going around in the kitchen felt nice, the icy-blue-haired young man liked what he was seeing. He knew it was only for the week-end, at the end of the day Kagami will go back to his apartment, but, Kuroko also knew Kagami would probably move in soon as the rest of the Generation of Miracle knew about them.

Remembering how well it goes with Kise, Kuroko was now hoping it will go as well with the other. I had the feeling Midorima and Murasakibara will probably not care too much, they will think the same as Kise, as long as he is happy. However Kuroko wasn’t sure of how Akashi will react. Even if they weren’t talking regularly, they were still pretty close. Kuroko knew Akashi actually worry a lot about him even if he doesn’t say it. Kuroko started to think maybe he should do like he did with Kise and speak to Akashi separately.

While he was preparing the breakfast, Kagami quickly glance over his shoulder and notice Kuroko standing beside table, looking at the piece of furniture. He seems in deep thoughts and concern by what he was thinking. The red-haired decide to stop what he was doing and walk toward his boyfriend who was spacing out.

“Tetsu…” said Kagami putting his large hand on Kuroko cheek “Everything is alright?”

Kuroko was brought back to the reality by Kagami, he shook his head, looked at the taller man beside him and smile.

“Tai…yes, I’m okay” he replied “I was just thinking about Akashi-kun”

“Oh right Akashi, you wonder how you will tell him”

“Yes, it gone well with Kise-kun and I was just hoping it will go well with Akashi too”

“Maybe you can call him and invite him next Saturday, him and the two other, unless you don’t want to tell them here, in your house”

“That can be a good idea” replied Kuroko nodding

“I just have to call Akashi first and ask him to convince the two others if they refused my invitation, they can’t say no to Akashi”

“Haha, that’s right” replied Kagami laughing. He then looked at the oven and asked Kuroko if he was hungry. The latter say yes but he wanted a cup of coffee first. Kagami smiled, kissed the ice-blue-haired temple and walk to the counter to make his boyfriend a warm coffee. Once Kuroko had his cup between the hand, Kagami finished preparing the breakfast. It was an american breakfast style, with bacon, ham and roasted potatoes.

While eating they talk about what they could do today, Kagami suggest a basketball match, Kuroko looked at him like if he was nut and reminds him he had trouble with his leg in the beginning of the week. Kagami try to assure Kuroko his leg was okay, but Kuroko didn’t want him to get hurt. Kagami propose to only shoot the ball, like a shooting contest, the loser have to do what the winner. Kuroko consider the option and finally agree. The icy-blue-haired then propose to call Momoi and Takao and invite them. It would be more fun if Takao was there, Kagami would have more challenge. The red-haired agree with the idea. They also both agree to visit Aomine’s grave before the going to the street basketball court.

After the finished eating and clean the kitchen, Kuroko called Momoi to know if Takao was working. Momoi replied he had a day off today and added while laughing he was looking for something to do since she would be gone for the most part of the day.

“You are going somewhere Momoi-san” asked Kuroko over the phone

“Yes, we are going to the aquarium”

“That’s great”, do you know if Hyuuga senpai is going?”

“Nope he will stay at home, I try to convince Kazu-chan to do something with him, but he decline saying he was boring when Izuki-senpai wasn’t around”

“I see…Momoi-san, tell Takao-kun to meet me and Taiga to the street basketball court, the one we usually go, we will be there around 2pm. Gonna try to convince Hyuuga-senpai on my side”

Kuroko didn’t had too much difficulty to convince his senpai too come, Kagami was even impressed by his boyfriend abilities to convince people.

The pair arrive in the same time as Takao. The latter asked them if Hyuuga was aware about them, both looked at each other. They completely forgot about that part and Kuroko really wanted to tell the Generation of Miracle member before telling anyone else.

“HAHAHA, I guess you will have to be careful when he will be there” said Takao laughing.

Hyuuga arrived not long after and the shooting contest beginning.

During the first round, Kagami was against Kuroko and Takao was going up against Hyuuga. Without any surprise, Kagami and Hyuuga won their respective match. The final round was more tricky, but Hyuuga manage to win by three points.

After the contest the group headed for a coffee nearby and then go separate way. Once they were back home, Kuroko noticed the black car park in front of his house and stop walking

Kuroko point in direction of the car

“That’s Akashi-kun car” he trailed off

“Oh…is he waiting in the car?” asked Kagami walking toward the vehicle

Kagami looked at the smaller man and blinked.

“Aomine gave him a double a while a go” explained Kuroko

“I see.. I guess we have to go see why he is here, we can’t really run from him anyway”

Kuroko smile “You are right, let’s see what he want, we just have to be careful, Akashi is quite observant, like Takao-kun ”

The pair walked into Kuroko’s house.

Inside was waiting Akashi, like they presumed, however he wasn’t alone, Murasakibara and Midorima was with him.

Akashi and Midorima was facing each other in the livingroom and was playing shogi, while Murasakibara was baking in the kitchen.

When Akashi noticed Kuroko was back to his home, he smile at his friend

“Wel-come…home Akashi-kun” replied Kuroko uncertain of what was opening. “Hmmm can I know why you are all three here?” he then ask

“It has been a while since we saw each other, so I thought to pay you a surprise visit and I bring Midorima-kun and Murasakibara-kun with me” simply replied Akashi before adding “hope you don’t mind our presence?”

“No! Not at all Akashi-kun, we are just coming back from playing basketball” quickly replied Kuroko looking at Kagami.

“Yes, we played with Takao and Hyuuga senpai” explain the tall red-haired while taking place in the armrest chair letting Kuroko taking place on the couch beside Akashi.

“Well, we only did a shooting contest, last week I walked a bit too much and…Kuroko didn’t want me to force my leg for nothing” explain Kagami rubbing his knee. Was cursing himself, he hesitate before saying Kuroko’s name, he was about to call him Tetsuya. He was sure Akashi had noticed it even if he wasn’t showing it.

After a moment of awkward silence, Kuroko said he will go checked on Murasakibara to see what he was doing, but before he had time to get up the giant purple-haired arrived with a plate full of cupcakes

“Kagachin, who won the contest” asked the tall man

“Well since you are here, hope you will stay for dinner” cut Kuroko before Kagami and Midorima started arguing

“We will be glad to stay” replied Akashi for the two other. Midorima was about to decline the invitation, but the looked Akashi gave him was enough for him to agree.

While Kuroko was preparing the dinner with the help of Kagami, Akashi was looking closely at the tell red-haired, noticing how helpful he was and he couldn’t help but think about how he was reminding him Aomine each time Akashi was coming over. While Kagami could actually cook, both were always around making sure Kuroko have everything on hand.

“I really have a déjà-vu, feeling” thought Akashi “Did he already made his move, gonna have to ask him”

Once the diner was ready, everyone got around the table and eat the delicious dinner prepared by Kuroko. While eating they were talking about their everyday life, Akashi mention some upcoming match, while Murasakibara was complaining about not being able to taste the cake he was preparing.

After they were done eating, Kuroko proposed to Akashi to come back next Saturday if he was free, Akashi gladly accepted making sure the two other understand they will come too.

Kuroko and Kagami watched the former captain of Rakuzan leaving with Midorima and Murasakibara. Once the car was out of their sight. They both get back inside.

Kagami felt on the couch happy to see them leaving while Kuroko was starting to clean the dishes. Hearing his boyfriend moving stuff around in the kitchen, the tall red-haired get back on his feet to give him a hand.

“I’m kind of relief they are not here anymore,however I have the feeling Akashi have his doubts about us” said Kagami while taking a plate to dry it.

“I wouldn’t be surprised, Akashi-kun very observant, like Takao”

Once the kitchen was all clean, the couple cuddled on the couch until it was time for Kagami to leave. Kuroko reluctantly watched his boyfriend leaving. Kagami promises to pass tomorrow after the club activities.

New Life is the second part of the “For Kuroko ” series.
Kagami past the week-end with Kuroko, Kuroko tell Kise about him and Kagami.

END_OF_DOCUMENT_TOKEN_TO_BE_REPLACED

New Life is the second part of the “For Kuroko ” series.
Kagami decide to surprise Kuroko and he realize he hate cop

END_OF_DOCUMENT_TOKEN_TO_BE_REPLACED

New Life is the second part of the “For Kuroko ” series.
Kagami stop by Kuroko’s house, the latter try to convince him to past the night, Kagami promise him to pass the week-end instead. The couple share their first real kiss.

END_OF_DOCUMENT_TOKEN_TO_BE_REPLACED

New Life is the second part of the “For Kuroko ” series.
Kuroko make is choice

END_OF_DOCUMENT_TOKEN_TO_BE_REPLACED

New Life is the second part of the “For Kuroko ” series.
Kuroko try to stop himself to think too much about what the future have for him, but each time he does, he think of Kagami.

END_OF_DOCUMENT_TOKEN_TO_BE_REPLACED 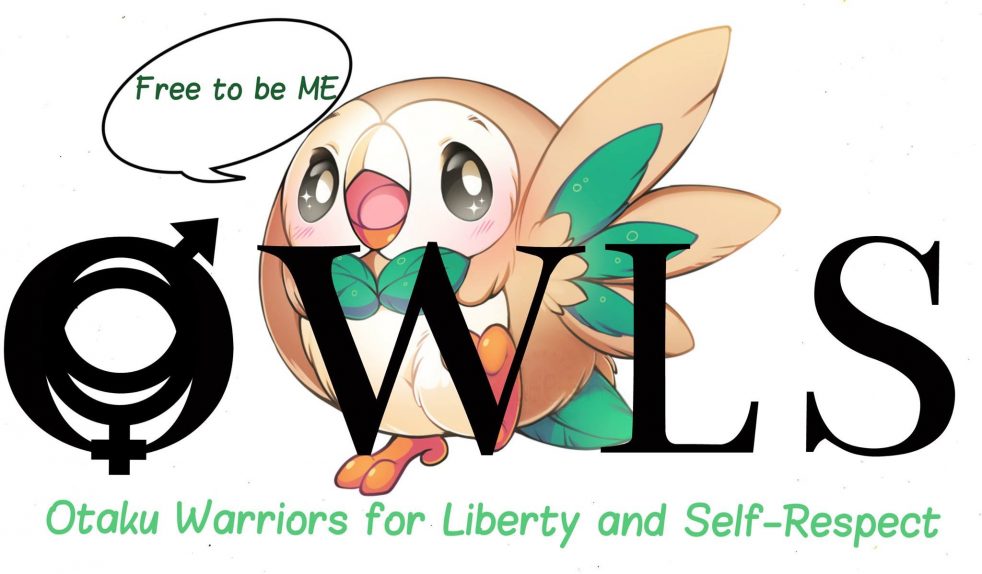 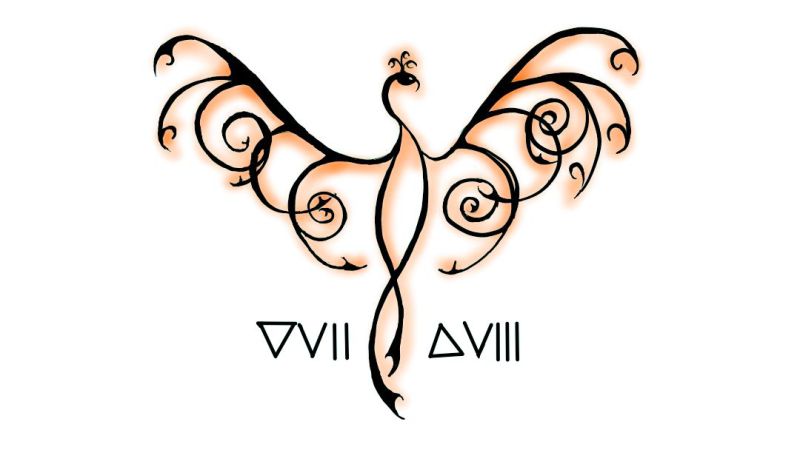