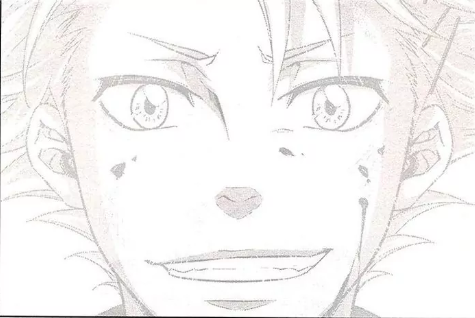 Before going ahead with my usual greeting, I need to tell you one thing about this post. It’s gonna be filled with spoilers. I can’t even tell you about which series the post cover since it gonna give it away.

Now this is done …

Hello everyone! It’s me Mel hope you are all going good I this Thursday. I’m really sorry if I’m about to screw your day, but I really needed to get this post out, it’s been awhile since I wanted to write this post. As the title suggests, I will talk about anime death, but more precisely the one that were a necessity for the story versus the one that we could have done without since it doesn’t bring anything to the story, of course everything that I write is my opinion, obviously you can not agree with it.

First, let’s take a look at some of the character death that actually serve the story.

Hughes death was tragic and would forever be and as much as I hated saying it, his death was necessary to get the story going at least, Roy story. For Roy to investigate what was happening within the military the character that needed to be killed needed to be really close to Roy, but couldn’t be someone who was working under him like Riza or Havoc. Killing Hughes would push Mustang to dig to find what is happening.

Did Corteo needed to die? Yes of course, sad I know, I cry when he died, it was hard to watch, but it was the best way for Angelo to “prove” his loyalty, Corteo knew it and he was ready to die to serve his best friend. If he hadn’t died they wouldn’t have trust them and probably kill them both.

Before you tell me Angelica doesn’t died, read the manga and comeback after, while she doesn’t indeed die in the anime series, she does in the manga and if there is one death an anime studio needed to keep when adapting a manga it’s her. Angelica death is a reminder that the cyborg are not immortal, like humans they have a lifespan and the more they are conditioned, the shorter their lifespan becomes. By keeping Angelica alive in the anime series present the girl like if they were never died, which doesn’t make sense when we look at how the conditionnement is explained. This is one of the many reasons why Jose didn’t want to conditioned Henrietta, he knew the damage it could do to the cyborg. They might be work tools, but they still have their brain and soul.

Last character death that was needed is Mikoto Suoh from K-Project.

We all know the relationship between the Red and Blue king was explosion, the guys didn’t get along from day one, so season two would not have happened if Mikoto was still the king, but the only way to get a new king was to kill the current one, so Mikoto needed to go, at least they didn’t kill him without explanation, I mean his death made sense, it was his end game.

Now let’s look at some character that didn’t had to die, at least in my opinion, doing this made me realise there wasn’t a lot.

Other than showing the viewers the chief could do anything with the dominator , it doesn’t bring nothing to the story. Kagari didn’t had to die, I know they gave a plausible excuse on why he got killed, but even Tsunamori doesn’t buy it. His death was unfair, as unfair as the way he was treated by the system.

Doug death was as unfair as Kagari, the kid didn’t have to die, he could have been badly injured, but he could have survived. I mean he is/was a Twilight right? Which means they are tougher than you and me, plus if you look at what Nic had gone through even without being overdosed, some of those injuries are worse than Doug and I have a funny feeling that if Nic would have gotten the same kind of wound he would have survived, why not Doug?

Gangsta again… my heart was and still is tormented by that series. While the way the chapter leading to their death shows it would be their end game, I feel like their death wasn’t necessary to the story and you know what, them surviving against Striker and Beretta would have prove their love for each other even more, them dying it’s just them losing twice. They could have found a way out of the city, away from the war, away from everything that could have been a threatening.

There is one more that I think it wasn’t necessary to the story however, I feel like it’s in a gray area; some might think those characters had to die for the story to go on, so I will leave it aside and see if people talk about it in the comments.

This is the end of the post, hopefully I didn’t revive bad memories.

Is there any death that you think it was or wasn’t necessary to the story for it to continue? Let me know in the comments below!