Hope you are all going well this Valentine’s Day!

END_OF_DOCUMENT_TOKEN_TO_BE_REPLACED

Hello Everyone!
Welcome back to another edition of Mel is Watching!
This week we have a lot of final in fact with the exception of two series, it’s all final season.

END_OF_DOCUMENT_TOKEN_TO_BE_REPLACED

Welcome back to another edition of Mel is Watching and looking at the watch list I feel like it will be the last one for this season and I’m not quite sure about next season.

END_OF_DOCUMENT_TOKEN_TO_BE_REPLACED

Welcome back to another edition of Mel is Watching, this week probably gave me one of my favorite episode of the current season of My Hero Academia, but before getting to that let take a look at the other show.

END_OF_DOCUMENT_TOKEN_TO_BE_REPLACED

Hello Everyone!
Welcome back to a new edition of Mel is Watching!

The summer season is almost done, which mean some of the series will be over too.

END_OF_DOCUMENT_TOKEN_TO_BE_REPLACED

Welcome back to another edition of Mel is Watching, we are now at the week 9 of the Summer season.
END_OF_DOCUMENT_TOKEN_TO_BE_REPLACED

After two weeks of break, Mel is Watching is back with the 8th week of Summer, I did watch seasonal show when I was away, but I wouldn’t have be able to write the post that goes with it.

But now I’m back home and I have some catch up to do, but before let take a look at the watch list 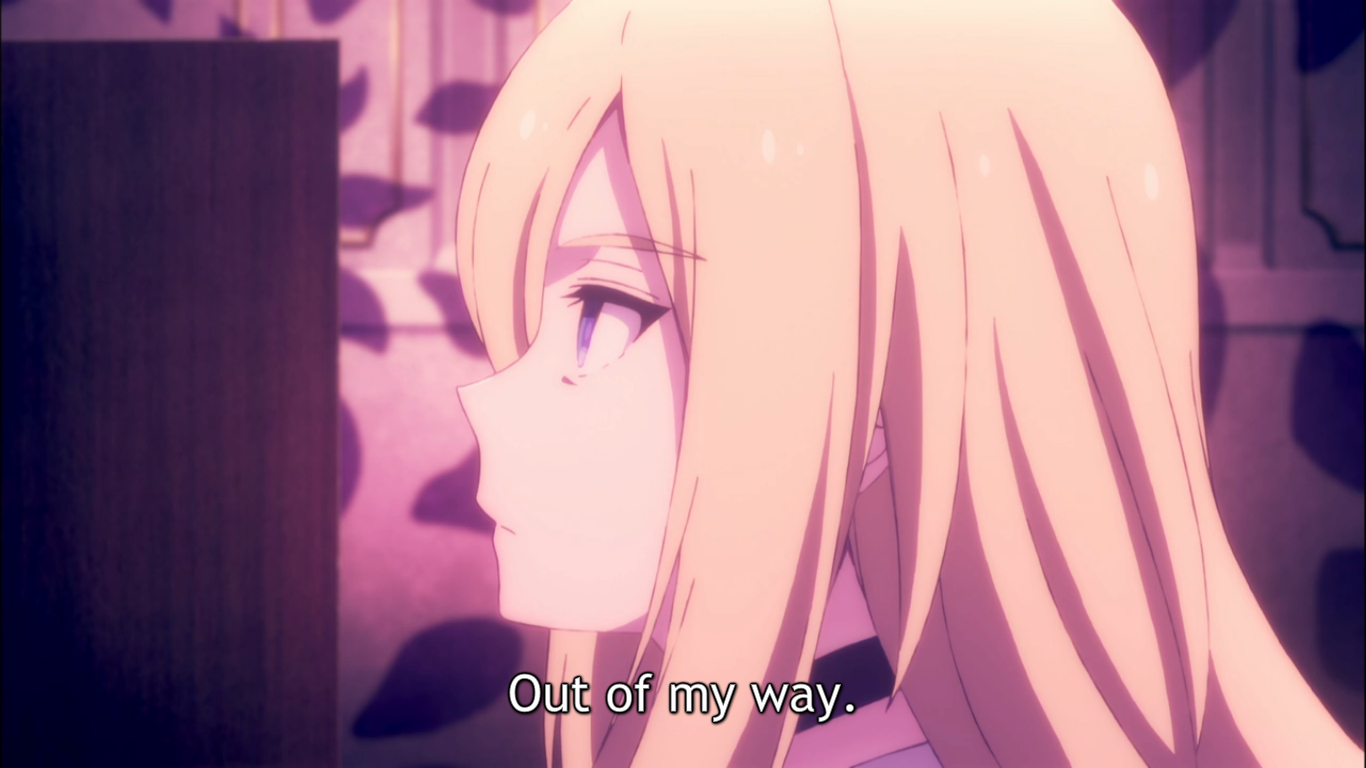 This title applies to both Rachel and Zack for sure but I will not talk about the actual episode here, but more about the impression I got from the episode. Somehow I feel like the building is like the purgatory and people on each floor are judging the death to decide if there are going to heaven or hell (kind of Death Parade). I had that feeling after noticing the hanged young girl in the opening, I don’t know why but I feel like it’s Rachel.. I could also be wrong… 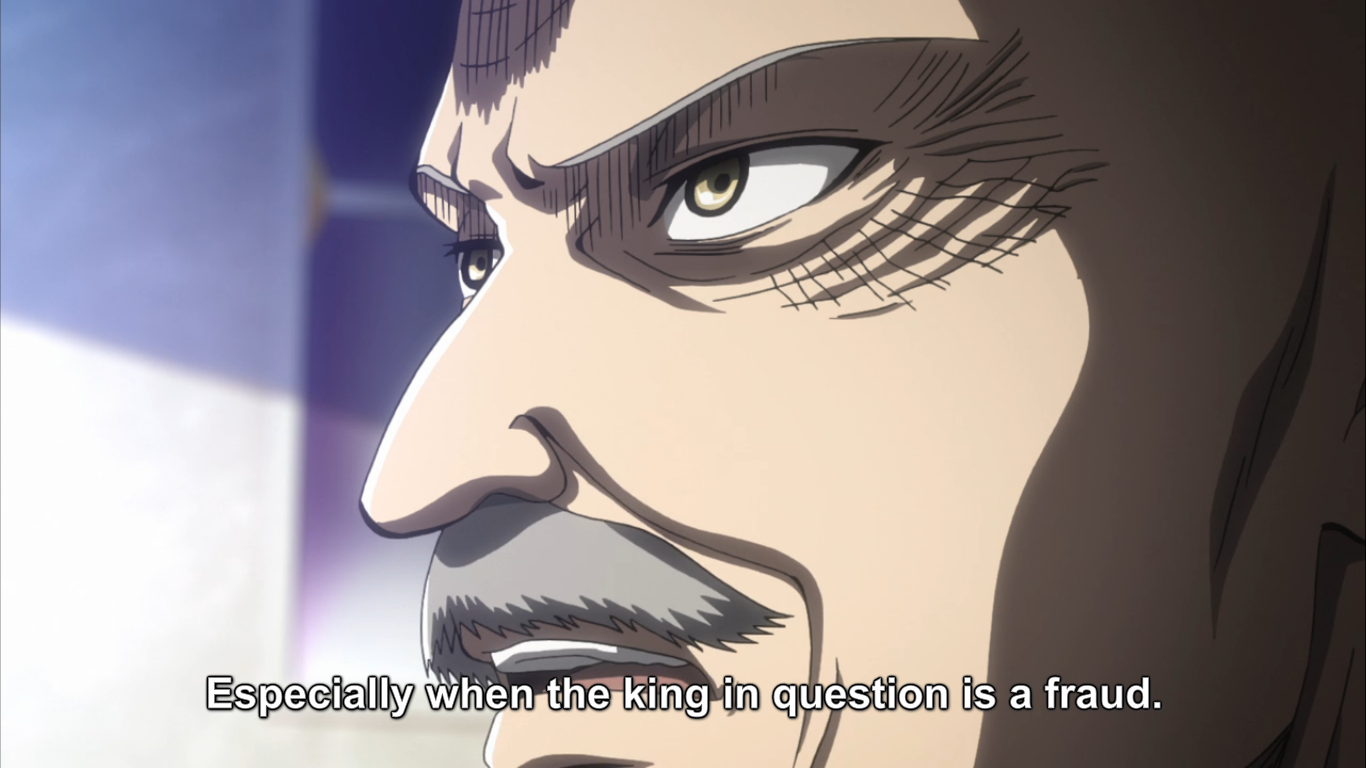 Since I know a little bit about how Erwin really die, I knew he wouldn’t die, I knew it but I was still worried about what will happen. I couldn’t stop clapping when Pyxis called the present King a fraud and even more when the said king woke up asking if it was time to eat. Now the scout are almost clear, they just have to save Eren from being eaten.
As much as like all the fight against the titan and as much as this season give me major headache, I still love all the political mess that is going on. 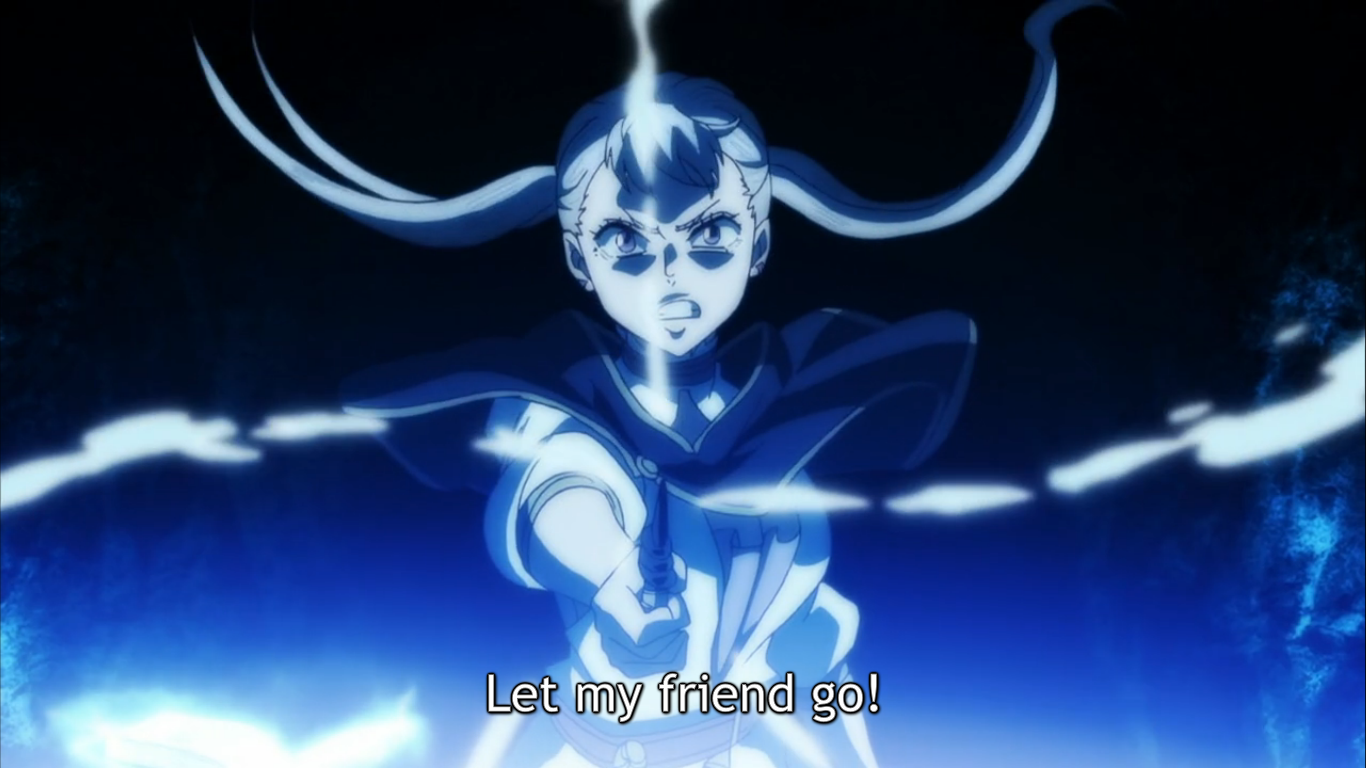 The fight against Vetto…Vatto…Votto…whatever continue, the guy is as powerful as ugly, but Noelle is there and finally show what she is really able to do now that she can control her magic ( I can wait to see her kick her sibling ass) but it’s not enough to get rid of the beast boy who have now a third eyes in the middle of the forehead that seem to make him even more powerful than ugly. Asta woke up od his forced nap and save Noelle just in time, but little boy is even more piss and I curious to see how this will go. 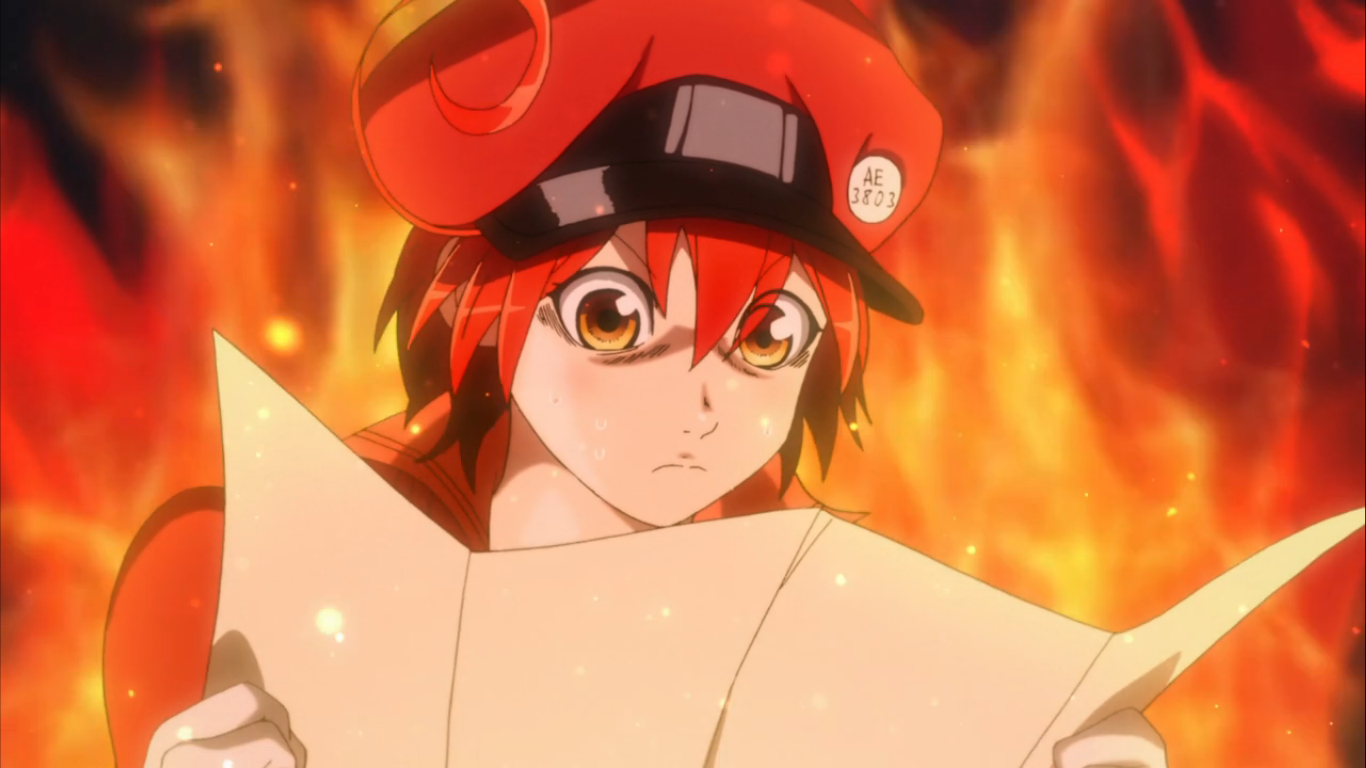 Today in John/Jane Doe body we follow our airhead Red Cell around delivery CO2 and oxygen while trying to not get lost. Our little Red Cell is really determined to do all he work by herself without relying on anyone.
Of course White Cell get worried a little and decide to follow her around just to make sure everything goes smoothly. 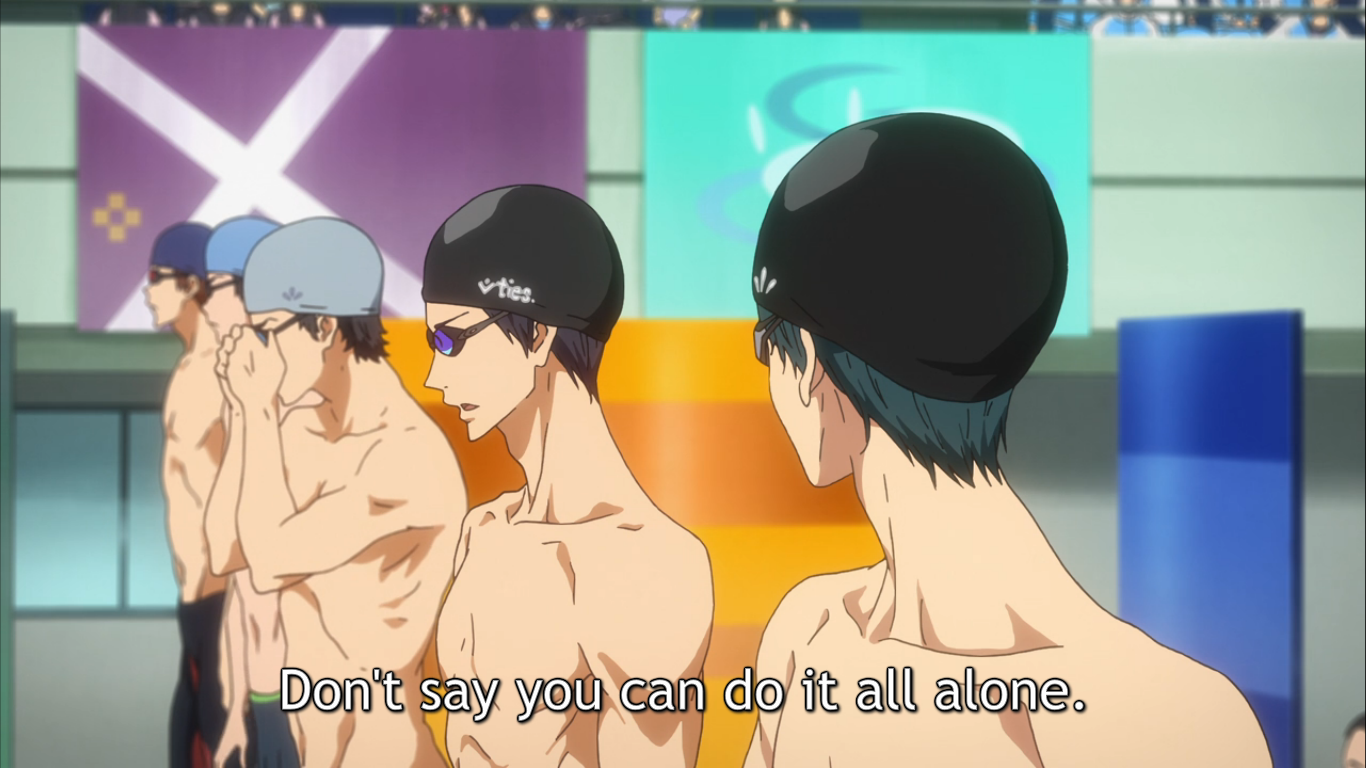 I could tell you how much Hiyori is a beautiful asshole, I could also tell you that I understand why Hiyori act the way he act (not approve tho) but I rather tell you that I’m really impressed about Haru determination. The megane jerk said to Haru that everyone who swam with him ends up getting hurt (feeling), but what that idiot fail to see is that Haru can also give strength to go forward and I feel like that’s what he gonna see in the next episodes. I’m really looking forward that race since from the preview Ikuya show a genuine smile in it. Don’t know if it’s from his race against Haru but saying him smiling like that makes me happy. 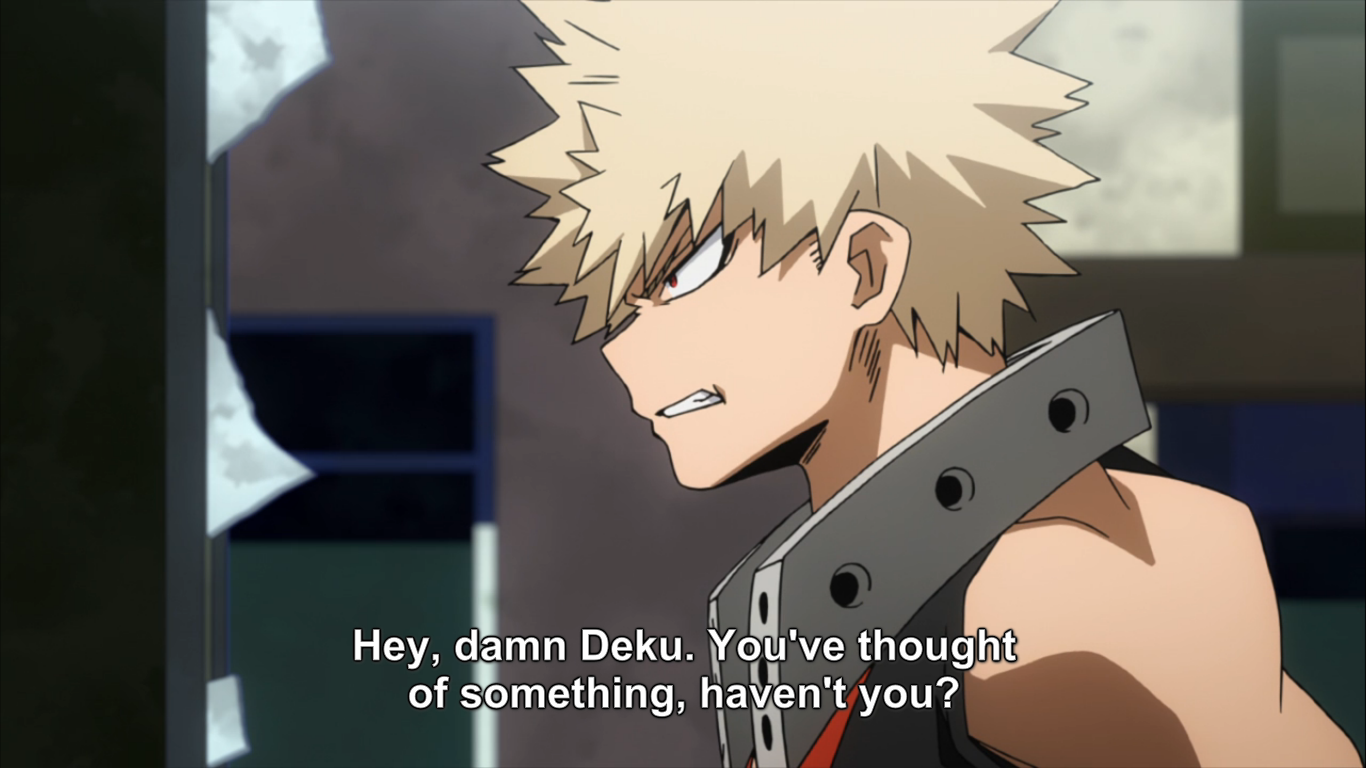 This episode was an original none of this happen in the manga, but I really don’t care since it doesn’t remove from the canon story. That being said, the episode is more like an introduction to the movie than anything else, even if it’s related to their class.
While was a filler episode, i still pretty enjoyed it, seeing some student of the Class 1-A working together is always interesting, even more when Kacchan shown that he probably know Deku more than anyone else, by one look he knew he had thought of something.

There is few week left for most of the show I’m watching this season, which mean I already start looking for the next one. I did saw some title what seems interesting, but I’m not settle on anything other than Sword Art Online.

Now it’s your turn to talk about what you think of the show above? Do you watch it? Did you like this week episode ?
Let me know in the comment section below!
You can also share we us your thought about the upcoming show of the fall season!

Hi Everyone!!
Welcome back to a new edition of Mel is Watching.
Like the usual post, today I will talk about the different episode I watch from the series I’m following for the Summer season 2018.

END_OF_DOCUMENT_TOKEN_TO_BE_REPLACED

Hello everyone!
It’s me, Mel!

We are now at the 4th week of the Summer 2018 anime season and I can finally confirm that I watch the 1st episode of all the series I will or plan to watch this season since the 3rd season of Attack on Titan finally started.
END_OF_DOCUMENT_TOKEN_TO_BE_REPLACED

Hi everyone!
Welcome back to a new edition of Mel’s is Watching, we are now at the third week of the summer season and there is only one show that I want to watch that haven’t start yet (in fact that’s a lie since Sirius the Jaeger did start airing, however read somewhere that Netflix got their hand of that one, so I will have to wait it finish airing in Japan before having the possibility to watch it…that only if Netflix Canada add it to their catalogue) and it’s the 3rd season of Attack on Titan and I’m really excited to start watching it.
END_OF_DOCUMENT_TOKEN_TO_BE_REPLACED

Formerly known as the alchemist of blogging

This blog will cover my thoughts on a variety of different topics mostly anime, manga and myself. I still need to improve my writing (as in mostly my literal writing as in writing paragraphs, grammar and stuff) so hopefully you can see me improve and find something you like here.

My tropical resort for anything geeky!

A place to share thoughts and express once feelings...

A Medievalist's Perspective on Anime and Religion

Observing anime and other clap trap

review of all things korean

Just A Whole Lot Of Weird
The Otaku Author